Weather has been quite a challenge lately, and both snow and rain slowed down our efforts to complete the Annex roof.  Nevertheless, there were enough good days to at least enter the final stretch of the roof framing process: sheathing the roof.

Here’s the half that we sheathed by the end of the week: 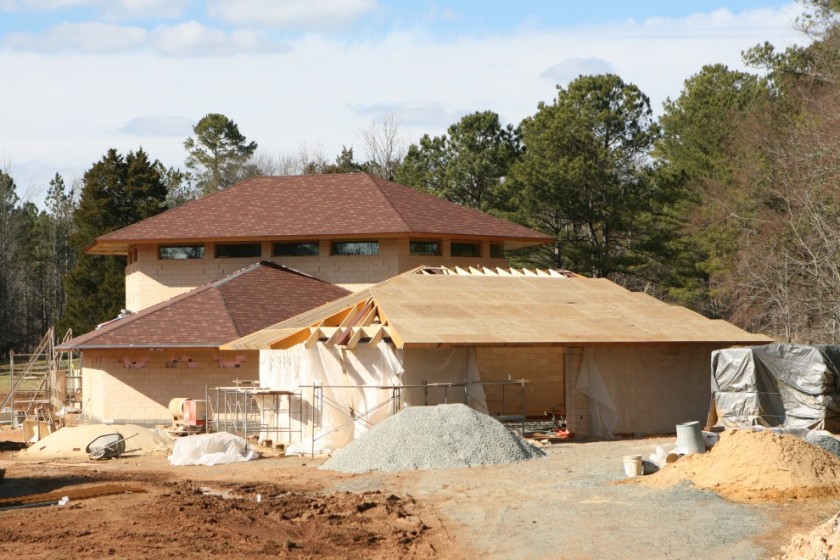 And, because of triaxial symmetry, two of the halves yet to be sheathed: 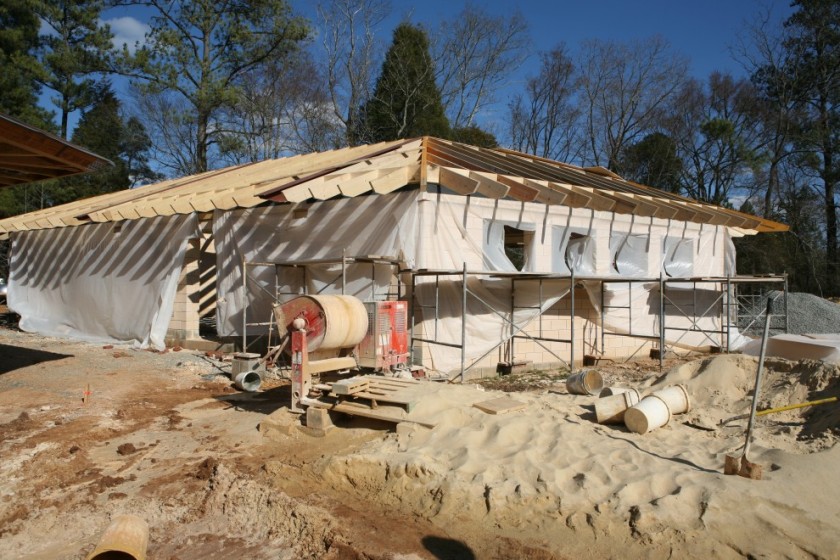 The following photos tell not only how we got to this point, but what other work was done this week…

END_OF_DOCUMENT_TOKEN_TO_BE_REPLACED

This week we crowned 14 courses of masonry with the framing of a roof: 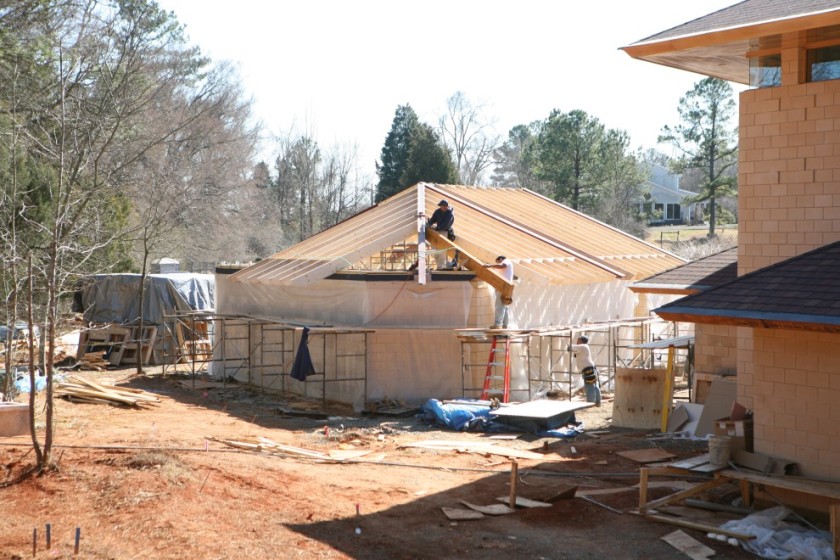 That’s pretty exciting, considering that last week we had nothing up top, and three months ago the Annex was just some footings and a foundation.

Read on to see some of the details of our progress, starting with the installation of more than 8,500 lbs of steel…

END_OF_DOCUMENT_TOKEN_TO_BE_REPLACED

Well that was fast…one week we’re laying down the first of our wall plates, and the next, we’re done! 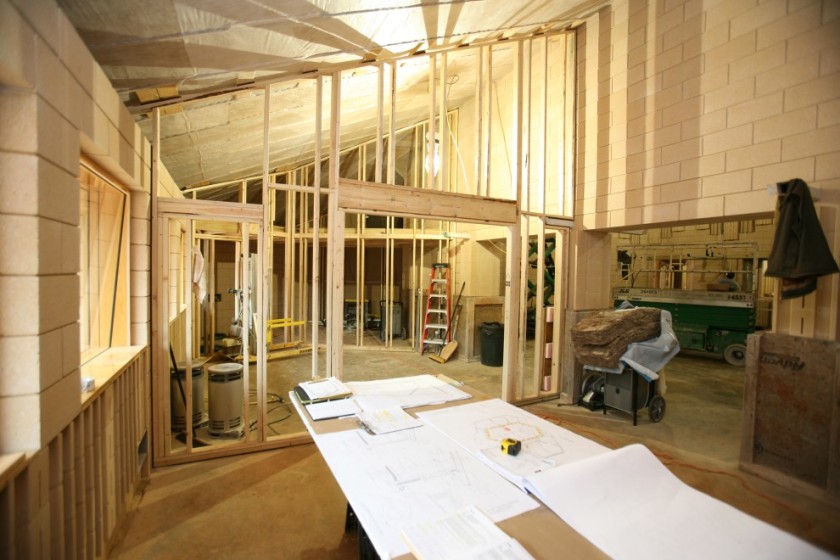 With the booth framing, that is.  But there’s a lot more happening elsewhere, too…

END_OF_DOCUMENT_TOKEN_TO_BE_REPLACED

A new article in the New York Times poses a question by way of a quotation: can there be authenticity without originality?

END_OF_DOCUMENT_TOKEN_TO_BE_REPLACED

If we had decided to build Manifold Recording inside the shell of a commercial building, then we would have started the project at the point we have just now reached: the initial framing of the interior walls.  But since we are following the principles of Organic Architecture, we had to wait for the building to grow, from the inside out, until the the outer structure was sufficiently well developed to allow the inner structure to be expressed.  It has been a mind-expanding journey, and something that fills me with we and excitement.

The first wall to be framed is a solid wall between Booths C and B. CDM perimeter strip isolates the wall from the floor, and is placed under a pair of 2x6s that will function as bottom plates.  Here is the initial construction (alone with other activity related to trimming the Booth windows and preparing the ceiling for insulation to be blown in next week): 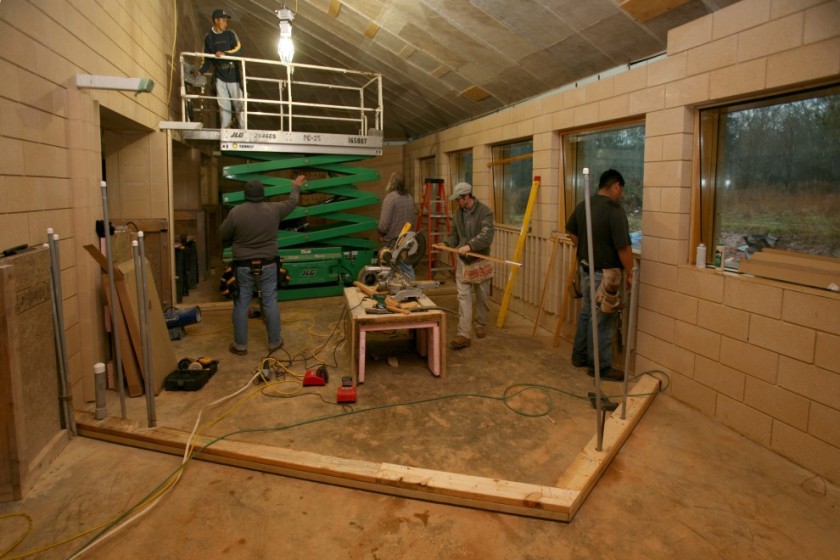 The following detail from the construction plans shows what we can expect to see as this wall grows up and becomes finished:

END_OF_DOCUMENT_TOKEN_TO_BE_REPLACED

The artcile Is There an Ecological Unconscious? in the January 31 2010 Sunday New York Times Magazine probes a deep psychological question, examining solastalgia and soliphilia along the way.  Both are rooted in the Latin solacium (comfort), but one riffs on nostalgia (which connects to the Greek root –algia (pain or suffering)) and the other is more cogently connected to love and friendship (based on the Greek root philia).  The article makes the case that global climate change is not measured merely by tenths of a °C or meters of sea-level rise or even parts-per-million concentrations of atmospheric CO2, but can also by the psychic disturbance of mountain-top removal and the disorders that arise from an increasingly inaccessible natural environment.