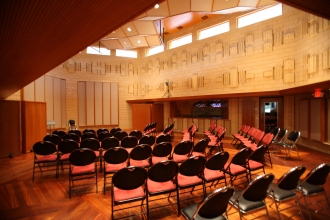 The Set Chopin Free project reached its $75,000 goal scarcely two weeks into its seven week funding schedule.  It is already more than $5,000 above its funding goal, and could well surpass $100,000 by the time its funding window closes.  And the Open Well-Tempered Clavier project (launched by Robert Douglass) has already reached 50% of its $30,000 fundraising goal from more than 450 supporters in its first 5 days!  That kind of strong start virtually guarantees funding success, and leaves us only to wonder whether it will achieve 160% (like Open Goldberg Variations), 200% (like Fractal Journeys and the Twelve Tones of Bach), 350% (like the Well-Tempered Clavier Tour), 600% (like Musopen’s Set Music Free) or more than 1100% (like Amanda Palmer did in her amazing 2012 record).  The possibilities are quite wide open.  But real questions remain: how did this happen?  what does it mean?

A press release today invites the press itself to consider some more pointed questions:

If both Open Goldberg and Musopen succeed with their Kickstarter campaigns, collectively raising over $100,000 for new recordings of standard repertoire, it is probably worth asking “Who is holding classical music in shackles?” and “Why do so many people feel it is so important to set Bach and Chopin free?” END_OF_DOCUMENT_TOKEN_TO_BE_REPLACED

When I decided to leave the certainty of multiple steady paychecks to start a new company, everybody I briefed thought there was no possible way it could succeed, and that gave me the confidence that I’d have no competition.  The rest, as they say is history.  But since that time, I have also come to appreciate that sometimes it is more valuable to have at least some competition proving that the business idea has at least some merit.  Some percentage of a provable market is worth more than 100% of a market that simply does not exist.  Enter GrooveBox Studios.

GrooveBox Studios was born of a frustration that is nearly universal among all artists I’ve encountered: bands spend too much of their own money on projects and tours that generally enrich everybody else before the band earns a dollar.  Which is not sustainable.  The founders of GrooveBox Studios hit the business reset button and came up with a model that is really quite analogous to what we, too derived: the co-production model.  For starters, both GrooveBox and The Miraverse® promote the idea that instead of being an up-front cost that the artist must bear, the recording process is something that delivers cash and profit directly to the artist, up-front. END_OF_DOCUMENT_TOKEN_TO_BE_REPLACED