Now for those who want to know the blow-by-blow of how we got here, read on…

When I reported a few weeks ago that we dropped the hips, I had really only told half the story.  That is to say, the single LVL beams that had been put into place were each part of a much larger and more complex beam to be built: a flitch beam.  In our case the flitch is a pair of 1-3/4″ LVL beams with a 5/8″ thick steel plate running between them.  Here’s the bolt side of the flitch beam:

And here are three successively more detailed views of the flitch beam in context:

Needless to say, it is quite something to imagine what kind of load this flitch beam ought to be able to support.  Not to mention the load that the bent steel beam will carry when two such flitch beams converge to a single point: 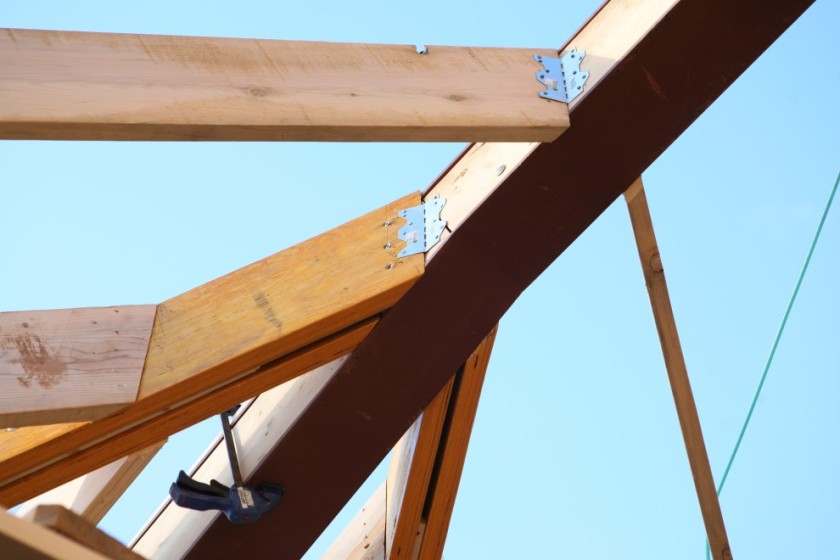 Once the flitch beams are in place, it is a relatively simple matter to begin attaching rafters:

Alas, that’s not the end of the process.  Most of these attached rafters in the South roof facet are not cantilevered, which means that whatever downward force they carry must be transferred to other structural members.  At the north end this means the attachment points at the flitch beam.  At the south end, this means a very beefy sub-fascia (which is in turn attached to the ends of the flitch beams).  Now you see why we have a steel plate 5/8″ thick by 11″ deep—it’s holding up the whole southern facet of the roof!

Here are the two LVLs (on the right) that will be bonded together to make that southern sub-fascia:

And here’s a detail of the compound cut that traces what happens when a reverse plumb meets a 120 degree intersection:

And here they are bonded together, from below:

And a detail where the subfascia and the flitch beam meet in the corner, from below: 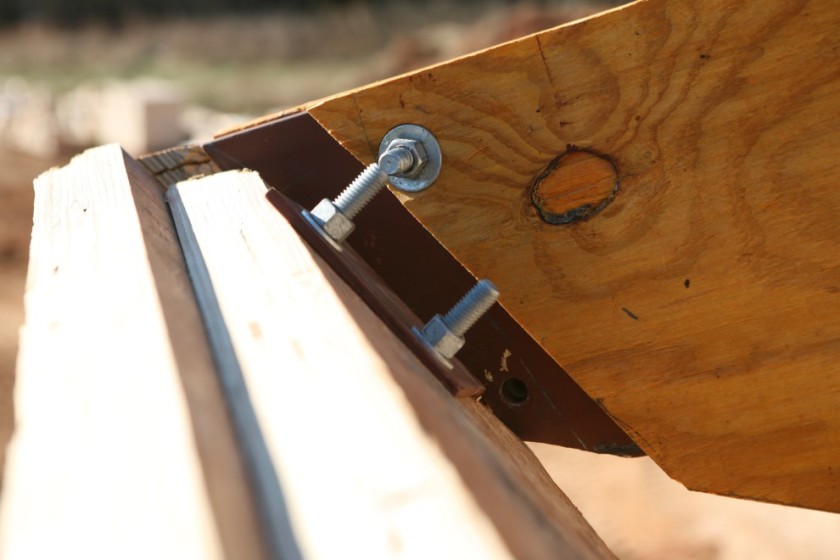 And the other side:

At first the flitch beam didn’t have much support under it (notice the single board, vertically oriented):

Now it has 5 more, and they’re all pretty thick:

It’s still hard to imagine what it’s going to be like inside the control room when the roof is closed up, but here’s a sense: 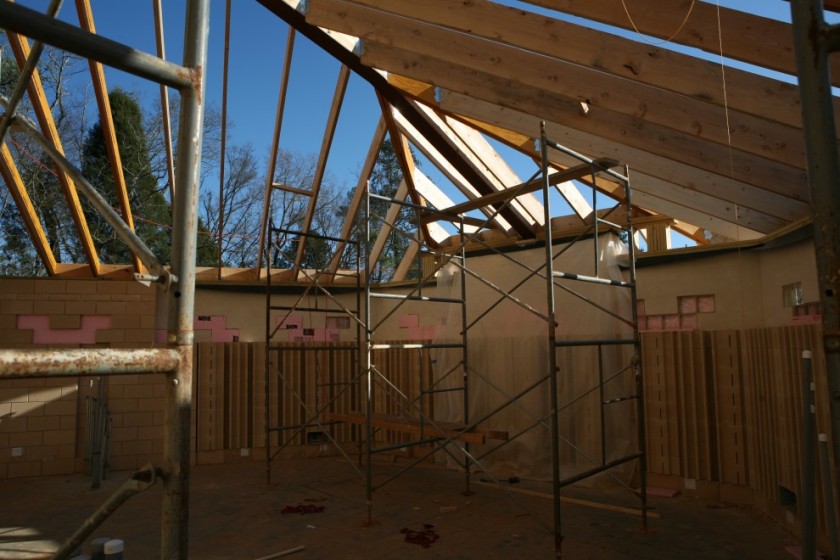 With everything now more or less in place, the plates connecting the double-thick sub-fascia could be welded to the flitch steel:

Here you can get a feeling for how heavy (loaded) these corners are going to be:

And with a little more work here and there (mostly getting the Music Room fascia installed), that left us with just a few rafters yet to be installed:

I should brag a little about the fascia installation.  It is customary to make some attempt to ensure that adjoining fascia boards have coloration that is consistent.  In the soffit boards there may be some abrupt transitions from darker grain to lighter grain and that’s OK, but when joining fascia boards, that is to be avoided.  Check out what an amazing job the carpenters did matching the grains with these two fascia joints: 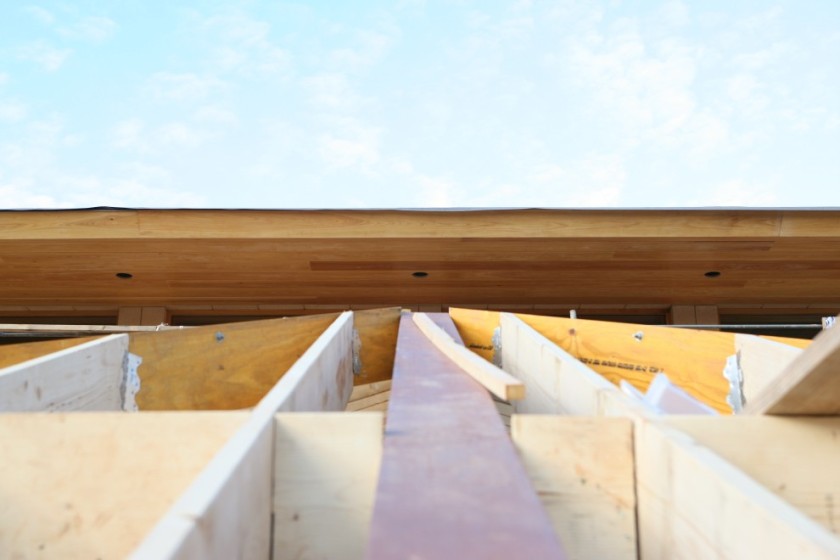 The fascia will look much better when finished, so I won’t share more detailed photos at this stage.  Suffice it to say: all of the grain matching is equally artful.

And now, just a few more random photos as we wind up this week’s update…

Here’s another attempt at visualizing the roof with all the rafters in place:

Here’s another view of all the LVLs needed because 2×12 rafters are not long enough and/or strong enough for the job:

Here’s a groovy rhythm of the rafters staying consistent in one dimension while the walls and the beams mix things up: