More than a dozen pallets of greyblock are now positioned on the site to be placed on the footings and create the basin into which the concrete slab will be poured.

You can tell how far up the grayblock needs to go: the wood framing on the far side of the site shows where the finished floor elevation will be. We’ll use architectural block for the course that brings us to that level (and then to where people can see it), but grayblock all the way down. As you can see, there’s quite a number of courses to reach that point, which looks like “up” right now, but will seem “down” when the slab is poured and ultimately the dirt, which is also in the background, is replaced. Here you can see how “high” (or “deep”) we’ll be going: 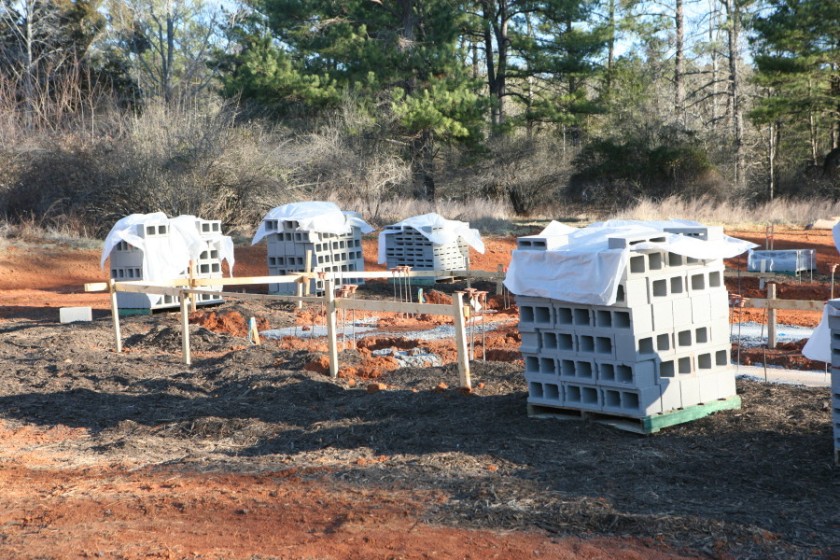 Here’s a detail photo of the footings to be filled:

We expect the first block to be laid tomorrow, Feb 12th.

The masons have been practicing their 30 degree cuts with a new saw. All the corners are 120 degrees, which means all corner blocks will mate with opposing 30 degree angles. Here’s a practice block: 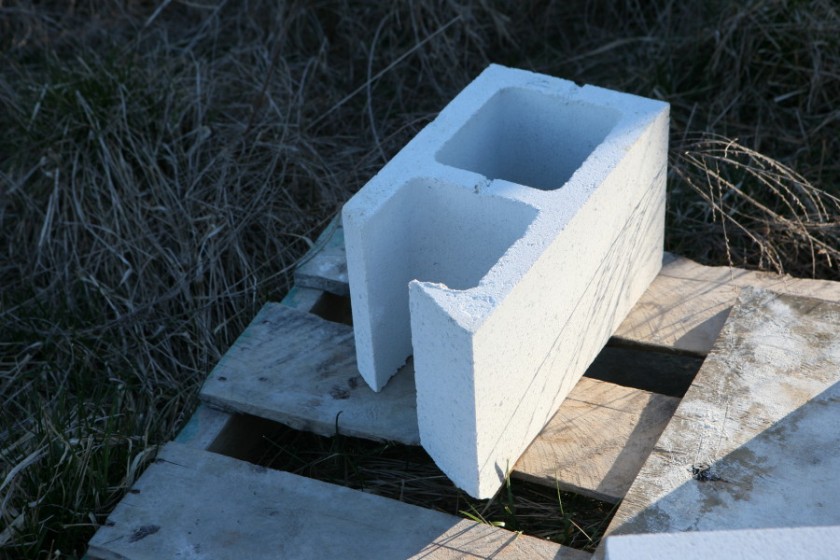 It’s beautiful, and relatively green: all blocks are manufactured less than 25 miles away and the major materials of all the blocks are sourced from the Southeastern United States—including in North Carolina—so transportation costs are minimal. This will help with achieving our carbon-neutral goals!

That’s all for now, but expect a lot of progress in the coming weeks…

One thought on “Construction photos: week 5 (grayblock below grade)”