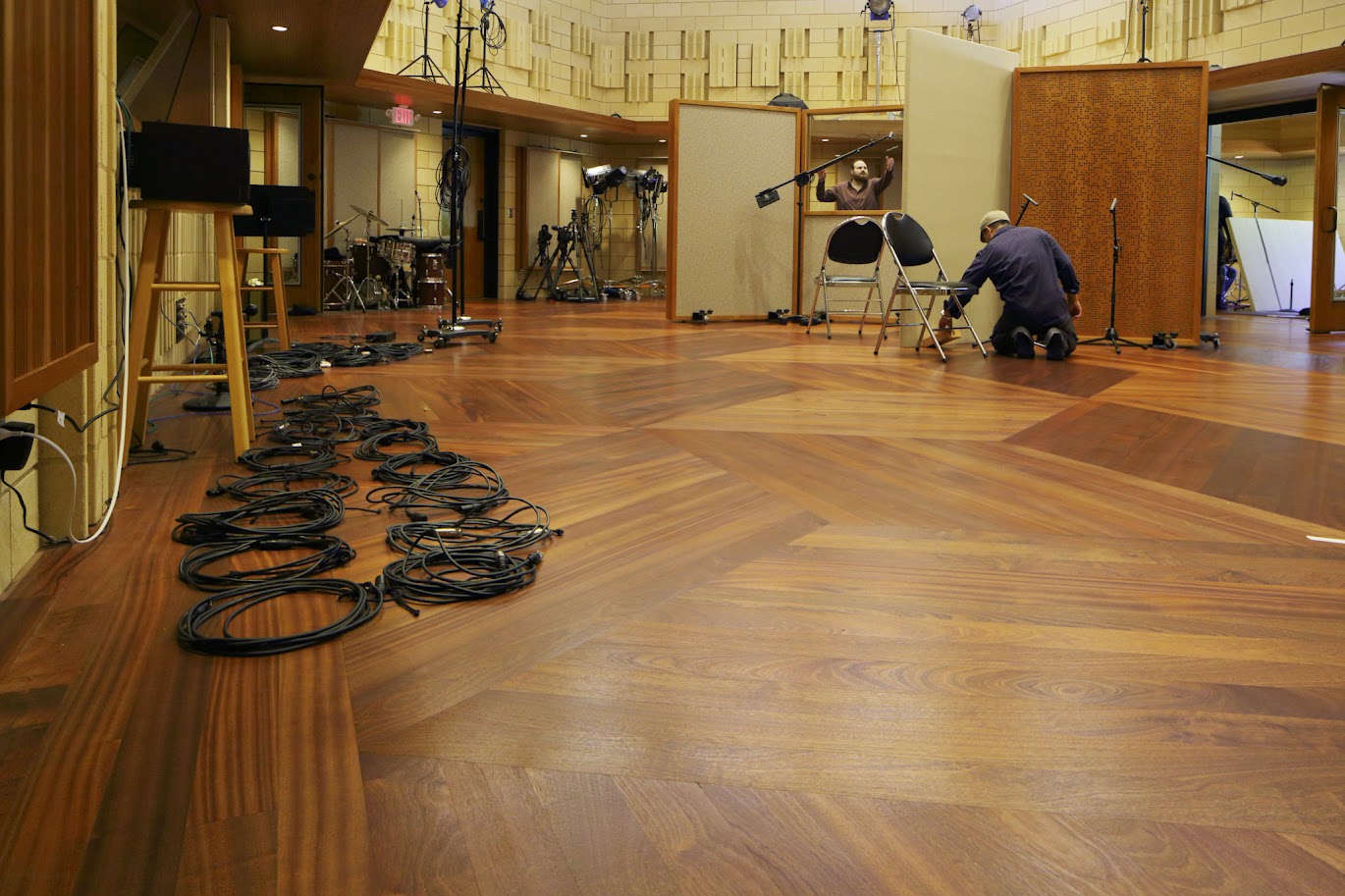 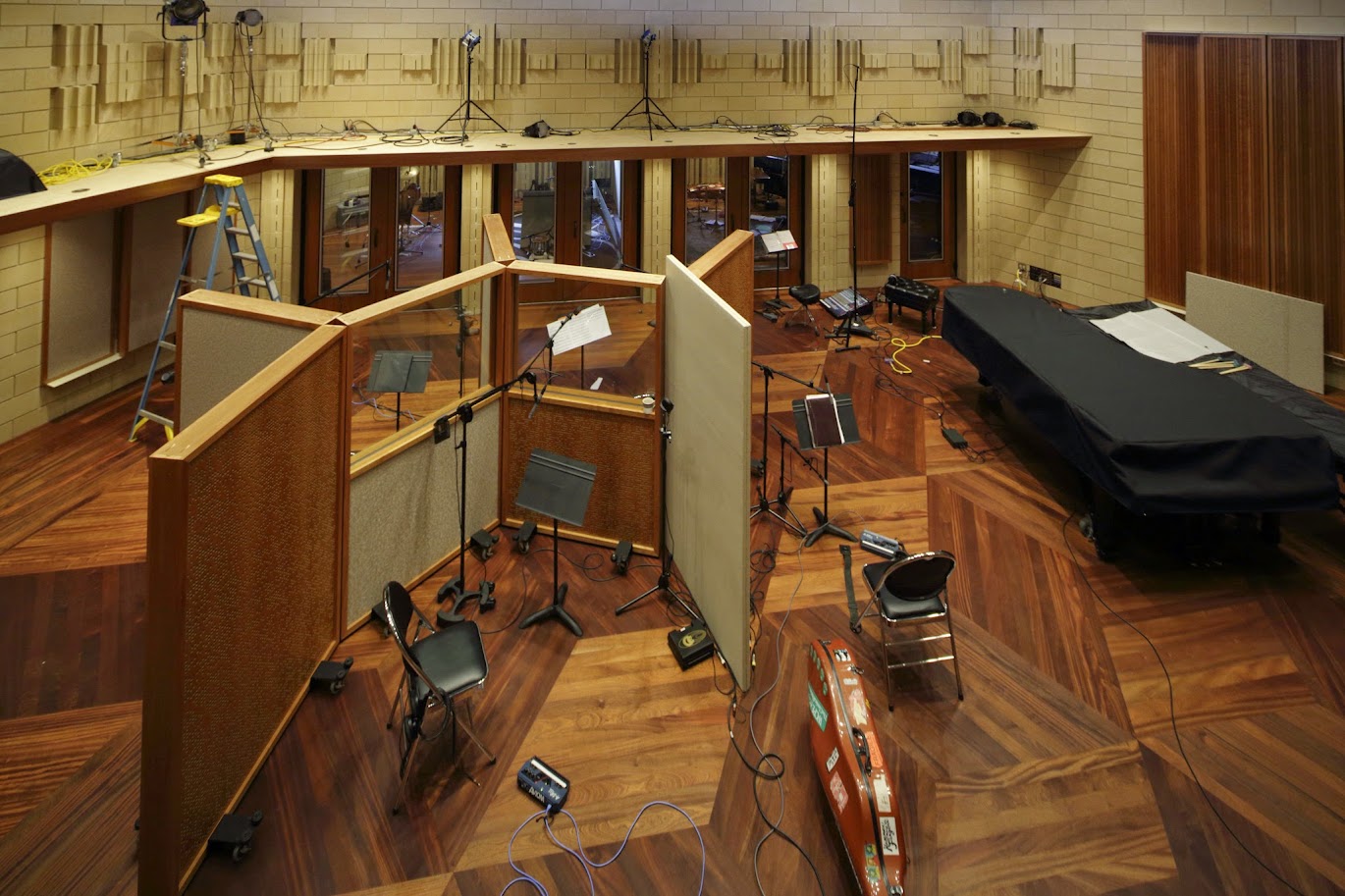 What can be seen from the photo above is that the viola (closest chair), cello (rightmost), as well as the 1st and 2nd violins all have visibility into Booth B (rightmost set of double-doors) where the band leader plays.  The viola can also see both the violins through the glass gobos.  Together, this layout helps the artists with their performance.  As for microphones, just as with the brass instruments of the previous posting, Ian really likes pairing Schoeps condensers with Coles ribbon microphones to create options during the mix process.  The Schoeps and the Coles just seem to work really well as a team, each doing their own thing very well, but also playing well with each other, too.

Speaking of great microphones, we now have a pair of DPA 4041 Tube mics that we are using for the room.  Here’s one of them from a perspective that let’s you see what the microphone “sees”.  First the left side: 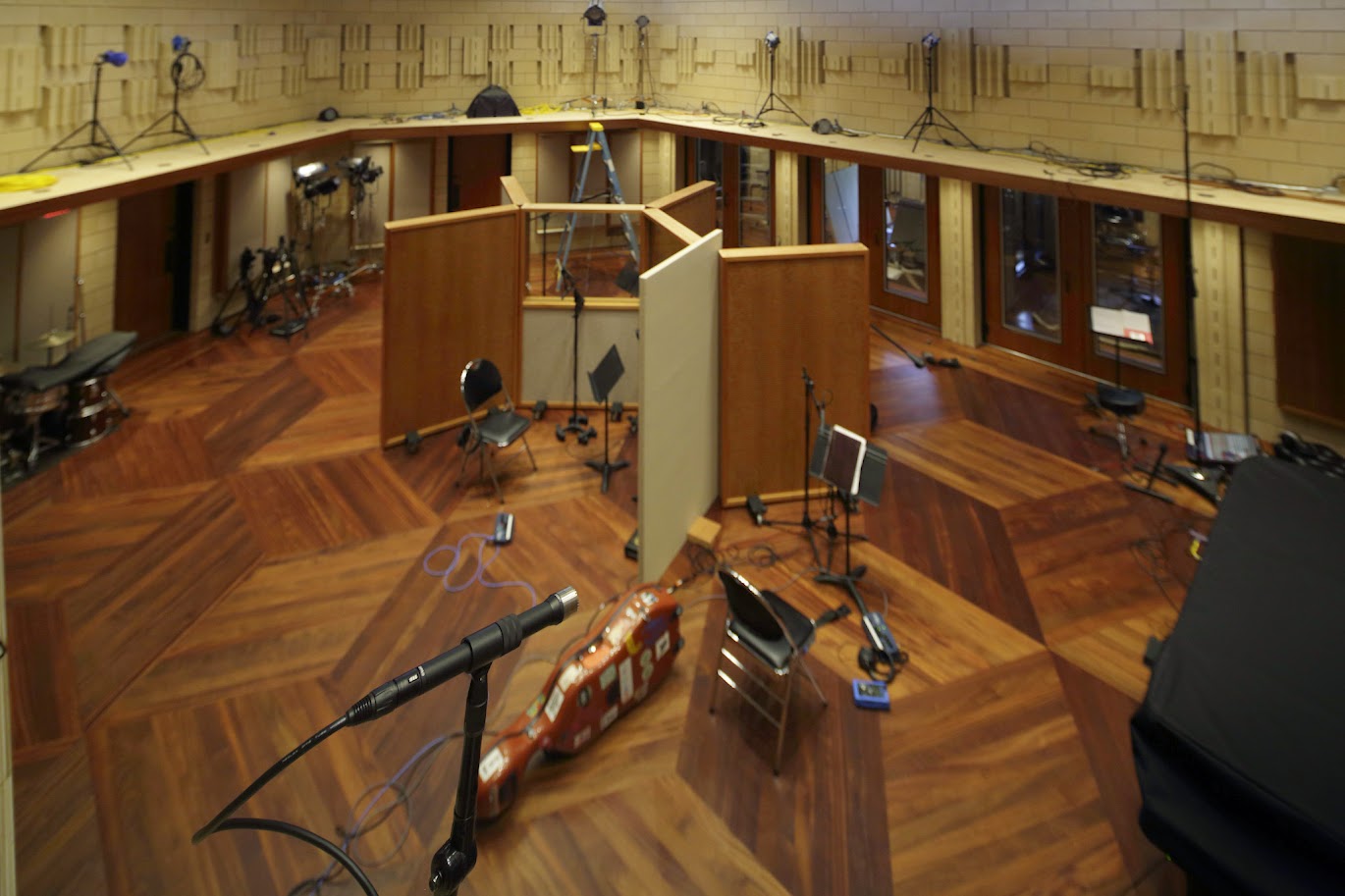 Then the right side: 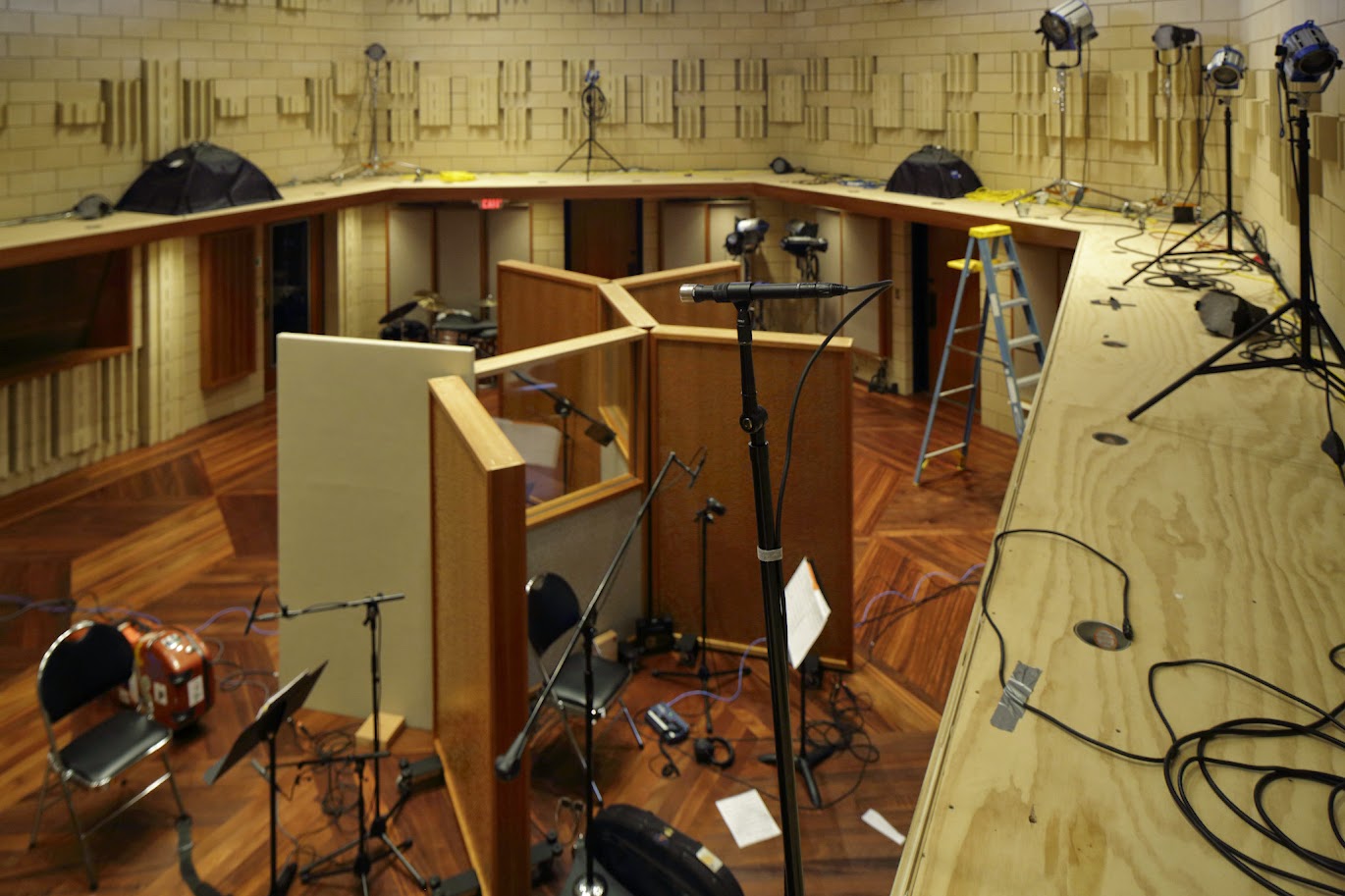 Switching gears to the Sarod, we have a very different situation than we have with the String Quartet.  In this ensemble, the Sarod tends to carry the melody, and it certainly speaks with a very distinctive voice.  Ian chose to put it into Booth B, our “dry” booth.  Booth B still has decent acoustic volume (nearly 3000 cu ft), but it really lets the instrument speak without adding too much of itself.  This is key for an instrument as soft and subtle as the Sarod.  We used a brilliant trio of microphones for the Sarod: a Telefunken Elektroakoustik C-12 for the goat-skin head, and a pair of Sanken C100K omnis for the sympathetic strings that are within the body and for the bridge tail (which also throws out all kinds of great harmonics): John’s very flattering comment was that this was the best recording of any Sarod he has ever heard–a surprise to him because he admits that his instrument is not the best Sarod he has ever heard.  The ability of the Sankens to reach way into the upper harmonic range give the Sarod a sparkle and clarity that is exciting without being hyped or overwhelming.  And the C-12 just drives the sound home with the right amount of strength and confidence.  Here’s another view of the four instruments: 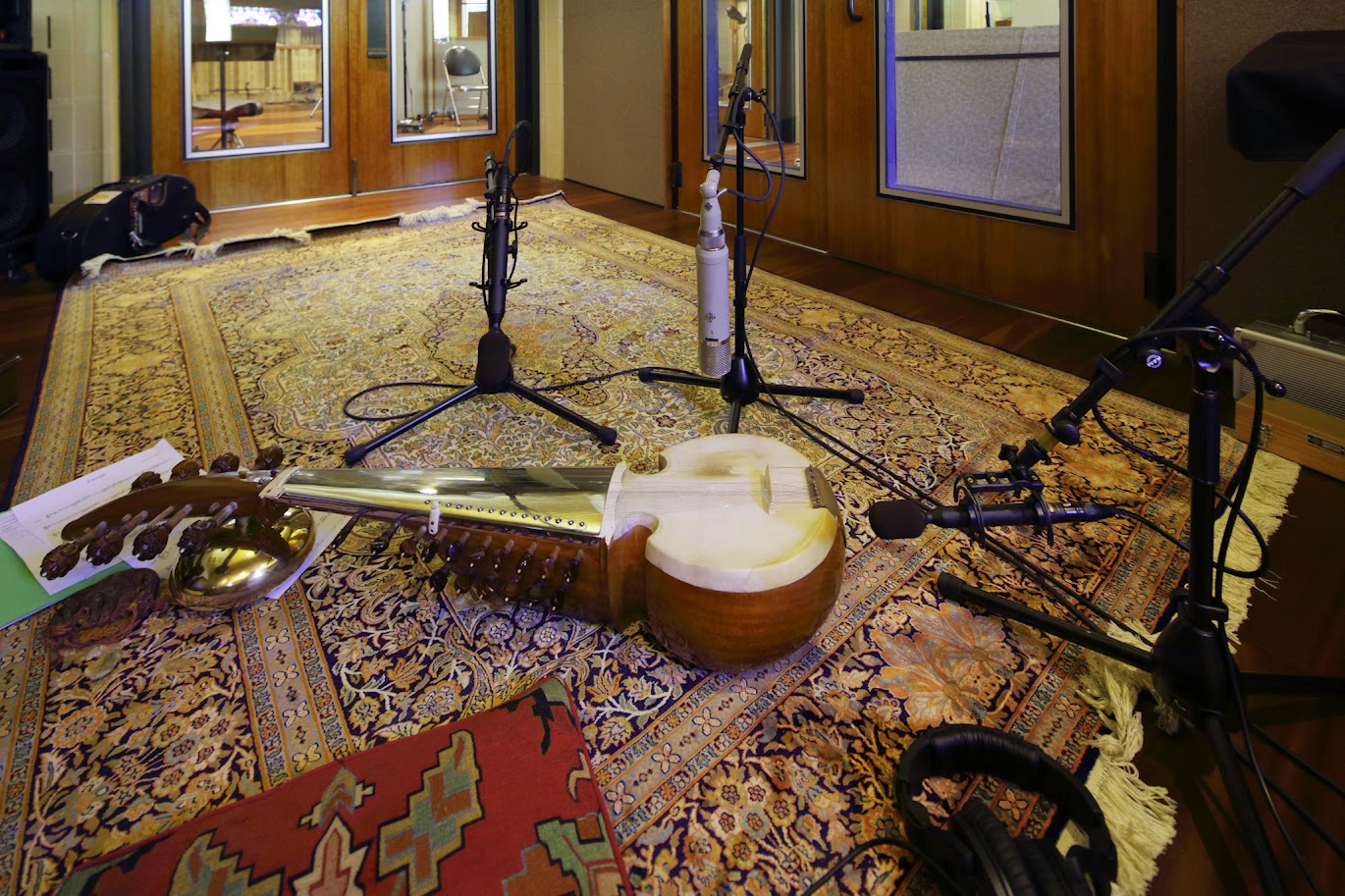 The Tablas and Percussion were recorded in Booth A.  Here’s a shot showing a trio of Schoeps microphones on Percussion: 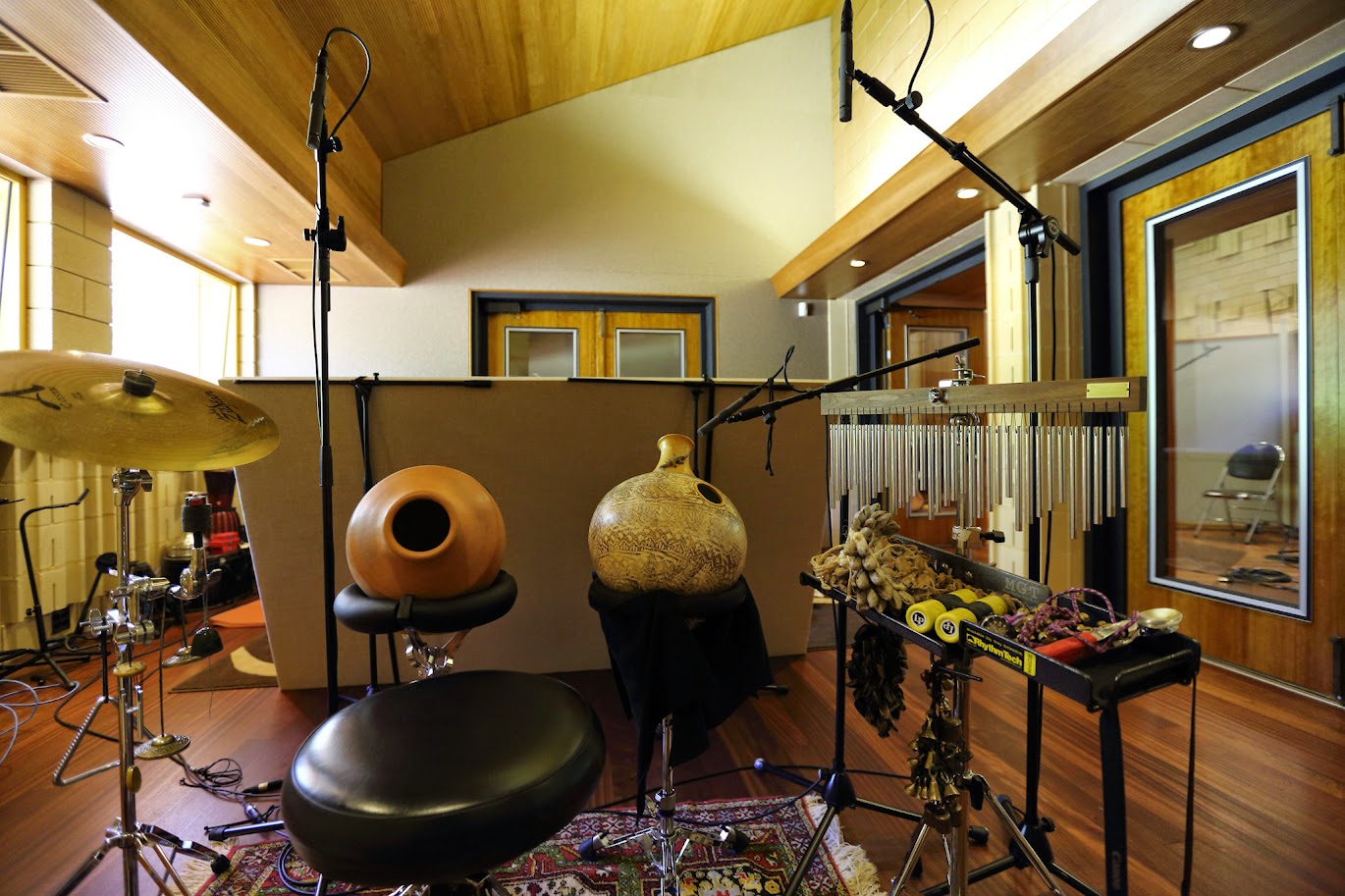 The acoustic panel behind the clay pots gives separation for the close mics, while still giving the instruments all the advantages of playing in a room that’s got more than 4000 cu ft of acoustic volume.  Opposite you can see how the two Tabla players face each other while maintaining separation: 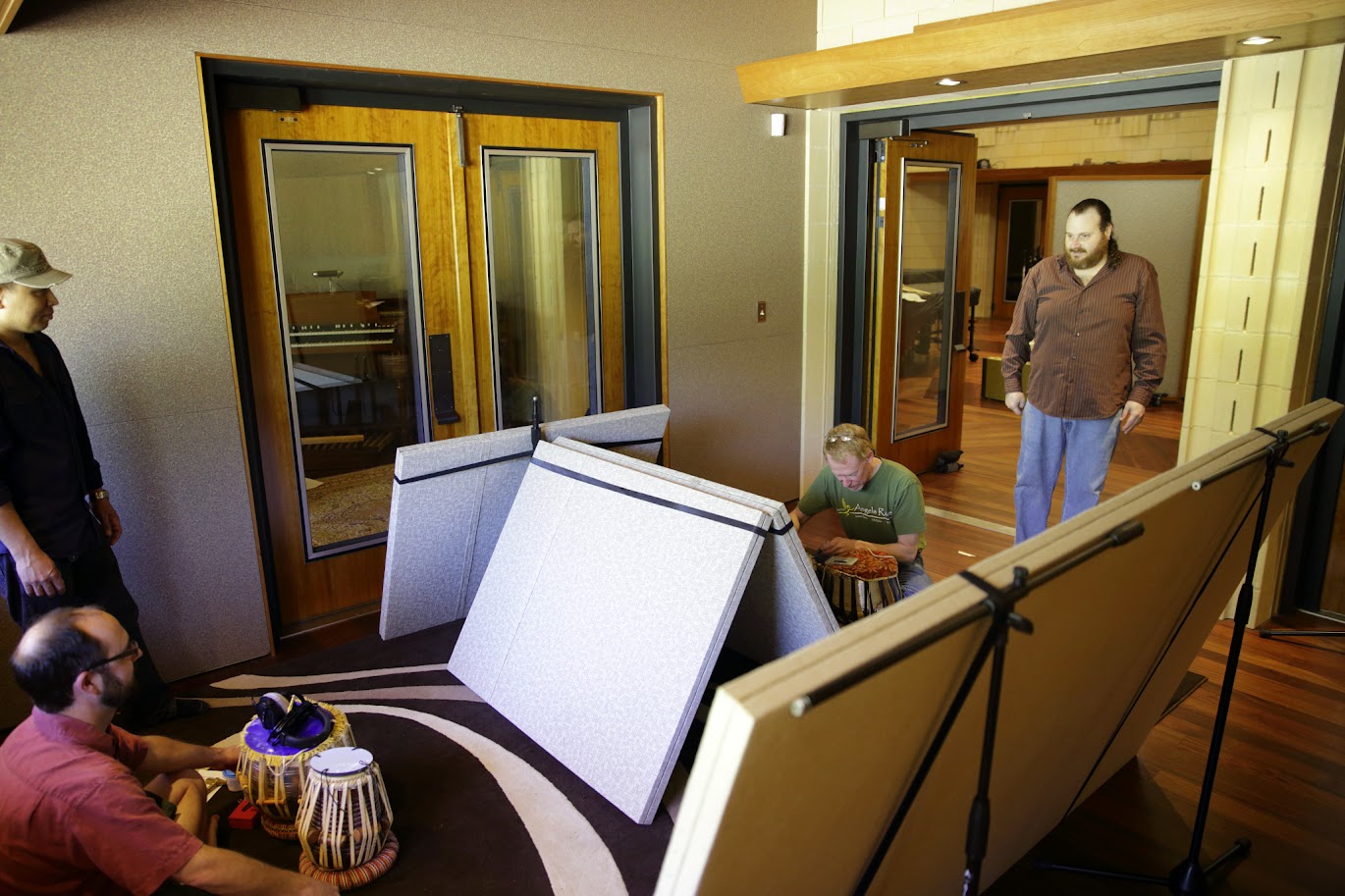 Two things I really love: the 16′ ceiling in Booth A and a pair of DPA microphones: 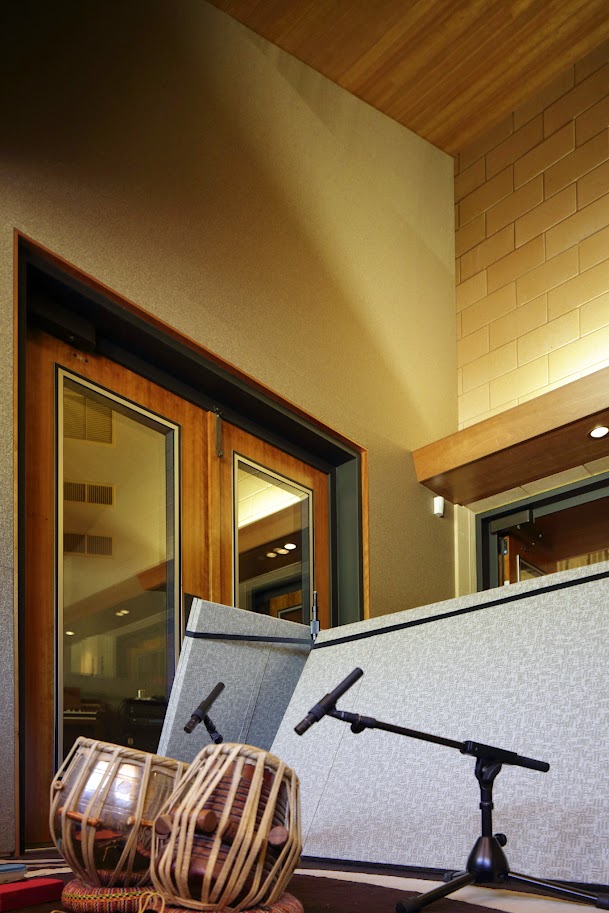 It is so wonderful to have such great microphones and such great rooms to capture great performances when they happen.  And of course the right tools for knowing what is being captured: 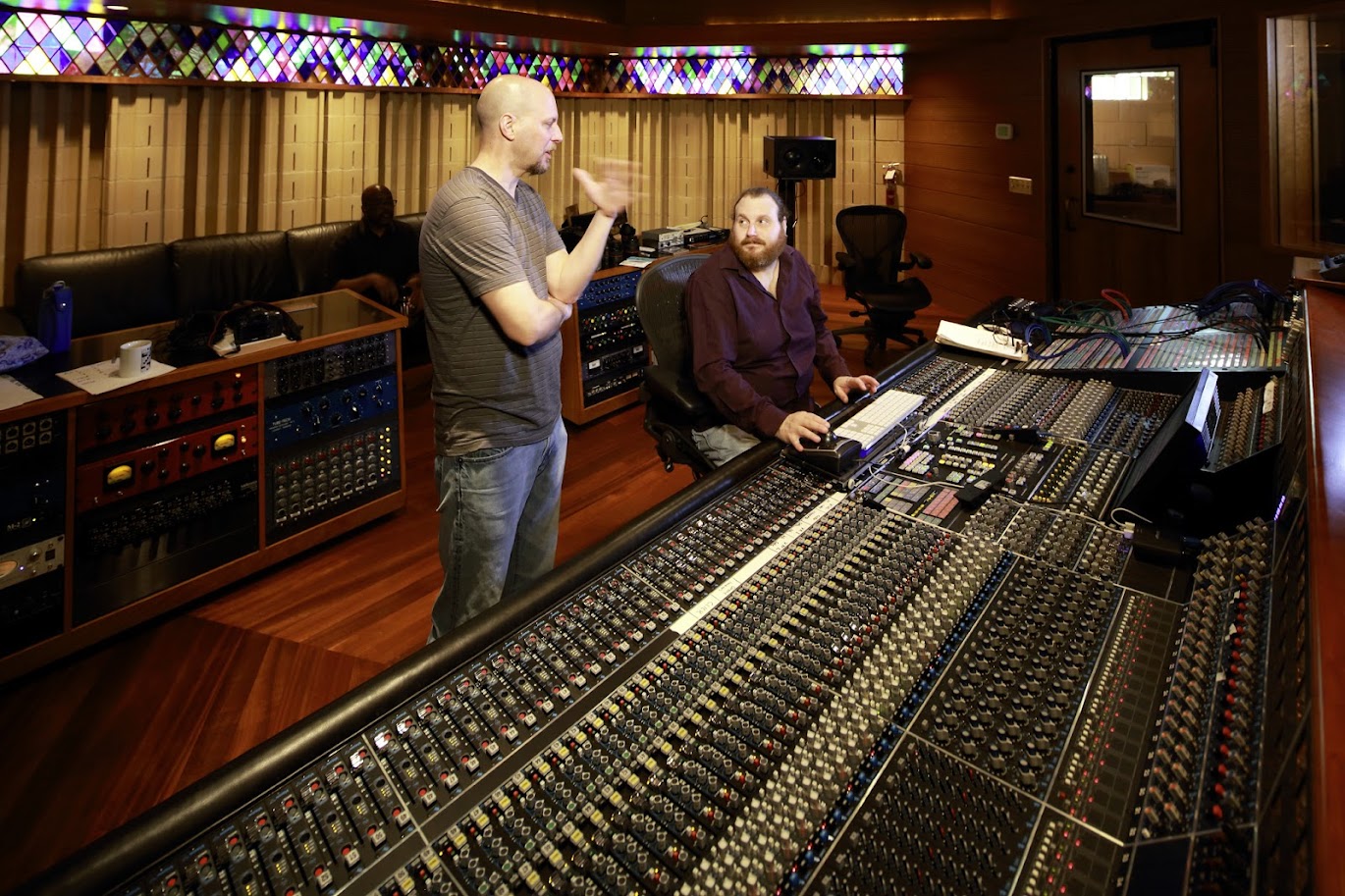 How about another shot of that beautiful API Vision console?  Yeah, baby!! 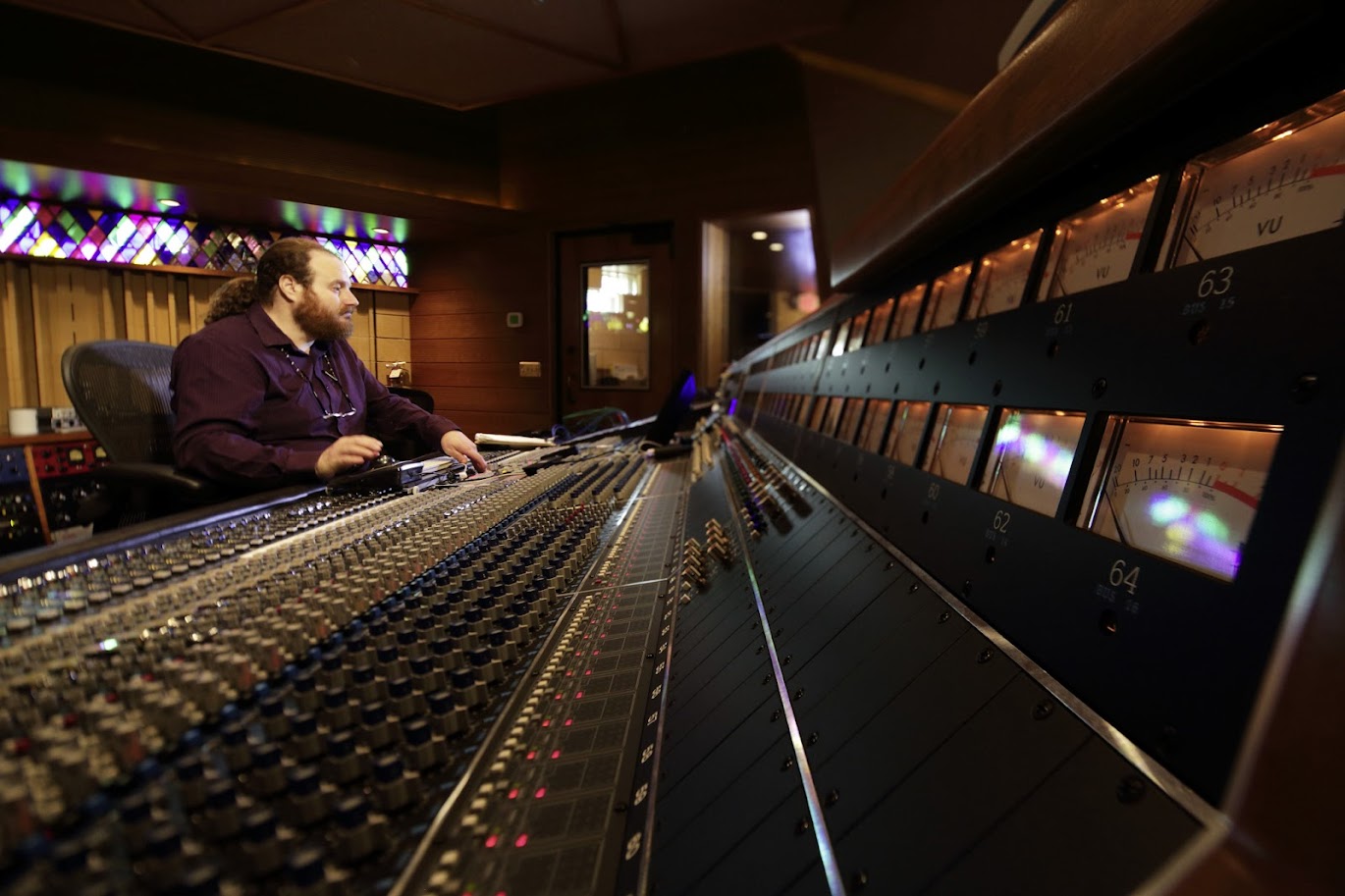 One thought on “Acoustic Magic (part 2)”