Last week I didn’t post an update because nothing much was visibly changed.  The Annex Cloud was being built in the shop, but that doesn’t make for great photos at the site.  This week the Annex Cloud was delivered and hung.  It is beautiful: 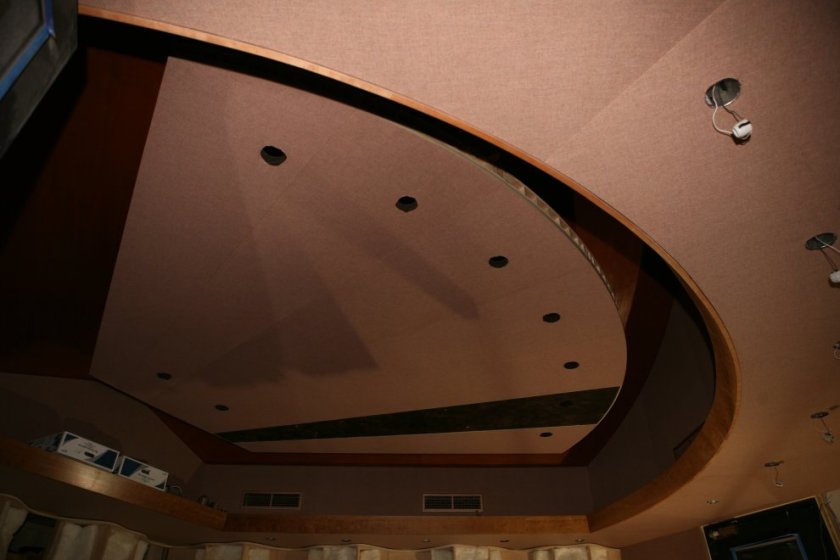 It will be even more beautiful when we find the one strip of fabric that managed to sneak away between Durham and Pittsboro.  Here are some other views:

From the rear middle of the Annex Control Room: 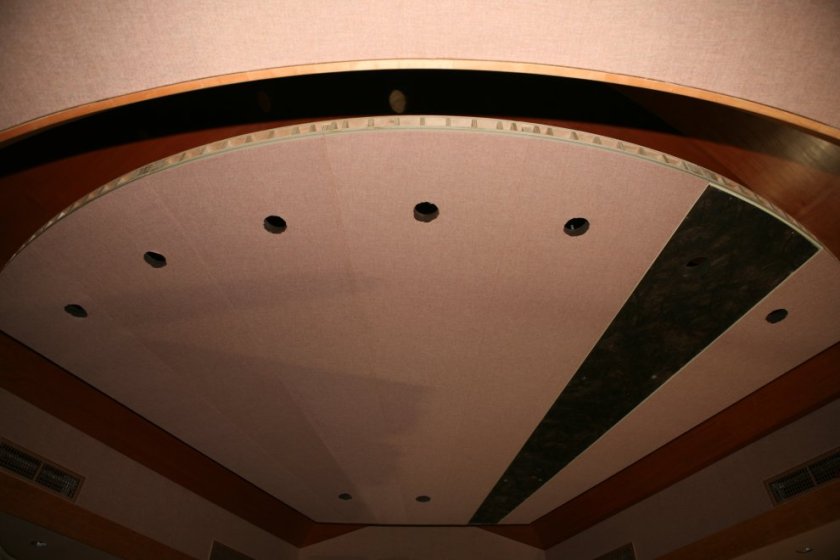 And from down low: 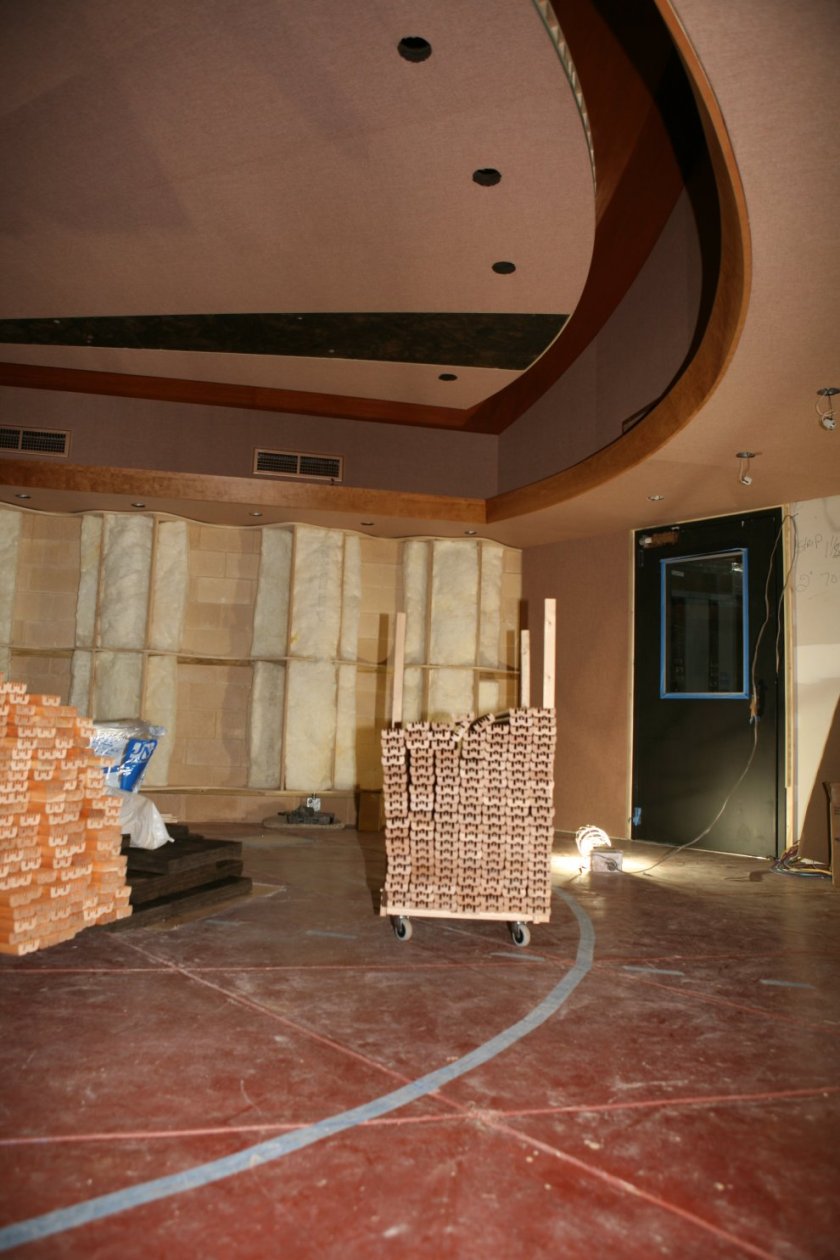 In that view you can definitely see the RPG FlutterFree that’s about to be nailed to the walls in the coming days.

The other huge job that’s been underway is the construction of the Pergola.  Last week, all week, the carpenters sistered together dozens of massive cypress boards to make our common rafters, shaping the ends of those rafters with a pair of complex, compound mitre cuts (as explained here).  This week, all week, they have been routing and shaping the boards so they can finally begin to assemble the perola.  Here are some freshly routed rafters:

As you can see, everything’s at an angle, which makes it particularly challenging.  But that’s only the half of it.  The rafters on one side of the center are routed at one angle (30°), the rafters on the other side are routed at the opposite angle (-30°), and the rafter right in the middle goes both ways:

And not just there, but everywhere it’s a pair of opposing angles:

Or two pairs of opposing angles: 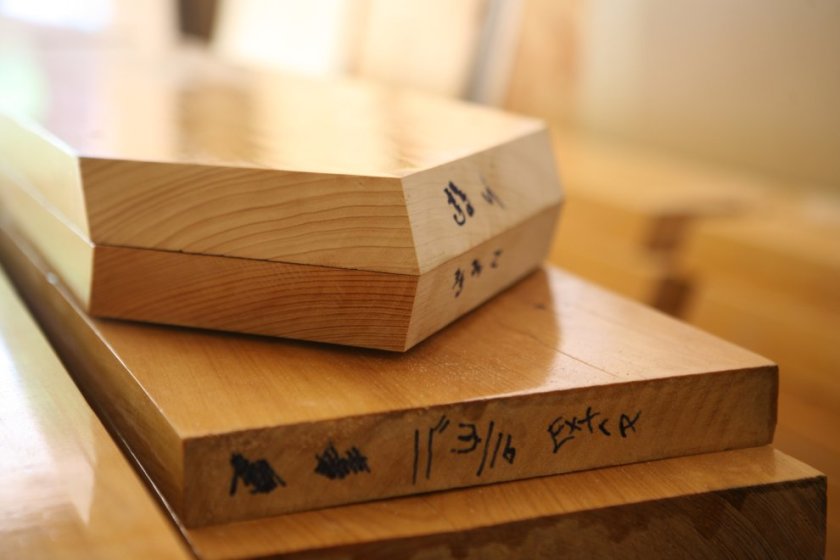 As the General Contractor says, “it’s like putting together a Chinese Puzzle”.  One with 12′ long rafters that are 3-1/4″ thick and over 11″ tall.

Even this seemingly simply detail of the shape of the tails of the rafters involved some real head-scratching:

Here’s the view from the front:

So yes, the rafters will be less tall where they meet the fascia, then rise to their full hight, intersect the beam, and then float across space until they terminate into their own fascia.  Maybe even by the end of next week!

Finally, some concrete forms are ready to be filled to make some diamond stepping-stones: 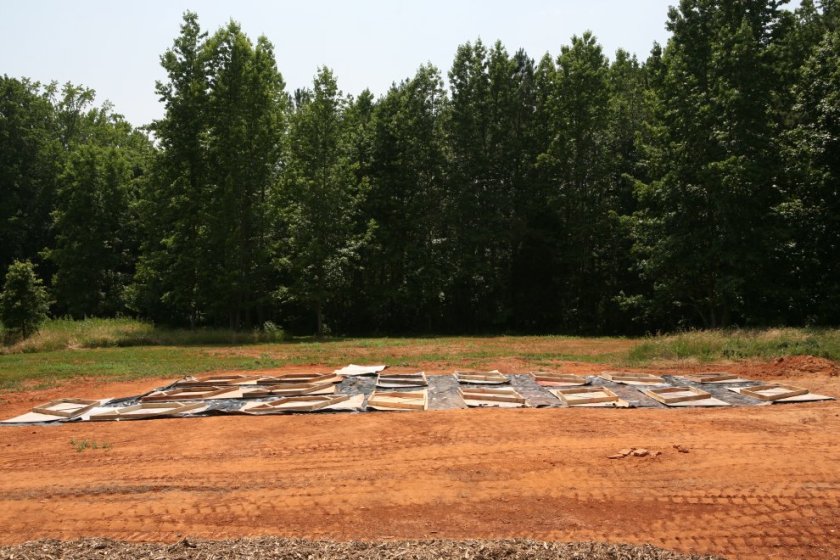 Once poured, we’ll move them to create an increasingly sparse path that leads from our patio out into the meadow.