It has been 8 weeks since my last construction blog update, and with another flurry of construction now in progress, it is time for another post!

The big changes are mostly happening beyond the studio, starting with the landscaping that surrounds the Main building: 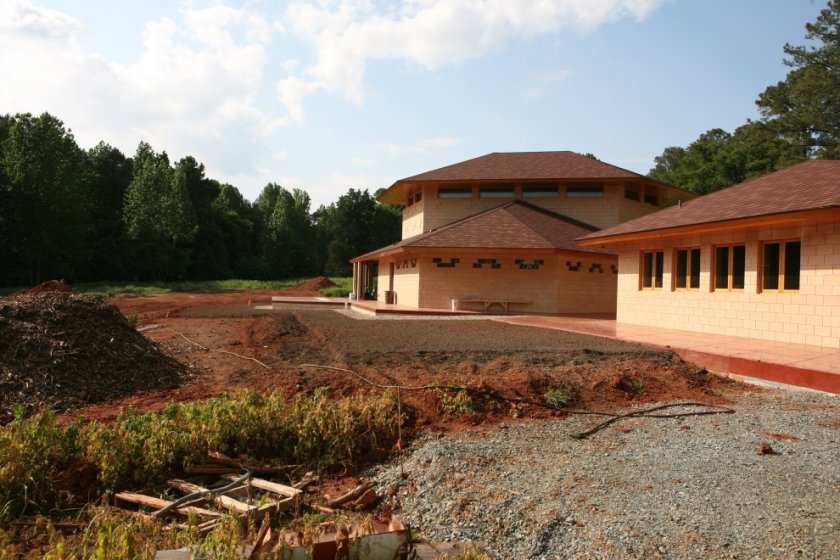 With the soil tilled and prepared down to a depth of 12″, the beds are ready for the grasses: 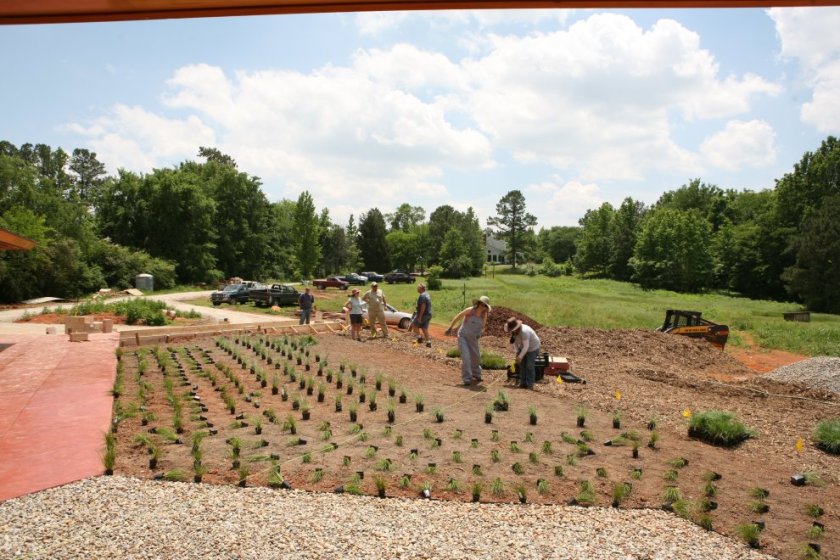 Here’s another view that shows our starting point:

I love how the riverstone sets off the patio blocks!

This week we also received the Cypress for the Pergola.  It’s a good amount of wood: 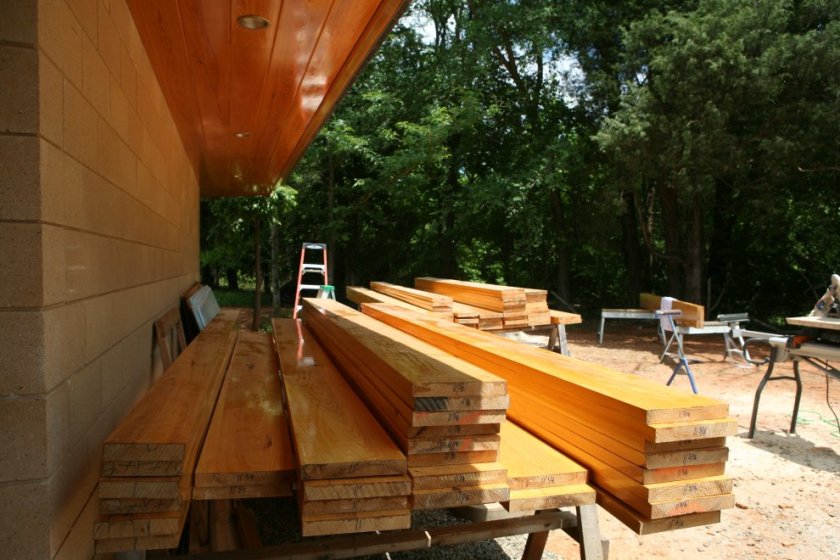 Each common rafter is approximately 12′ long and sistered to make a 3″ wide beam nearly 12″ tall.  Sistering the beams makes for stronger, straighter beams than a monolithic 2″ or 3″ wide beam would be.  To make these beams, which are (compound) bevelled and mitred at each end, we need a good sized workspace.  Here’s the workshop:

Meanwhile, at the other end of the property, we made some driveway improvements as requested by NCDOT (the North Carolina Department of Transportation).  They requested that we put a drain pipe under our driveway and lock that into concrete, so we did.  We used a backhoe (not shown), a grader:

and a roller (with backhoe in the background): 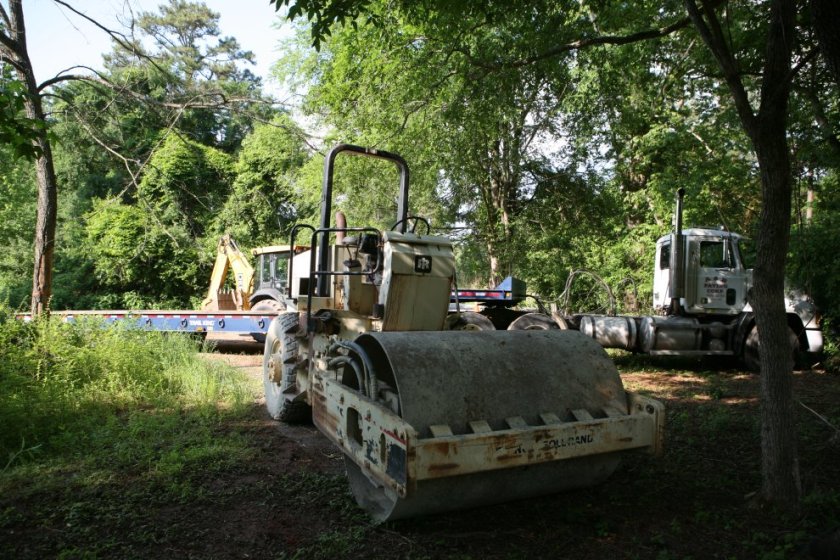 to bring our drainage ditch up to full spec: 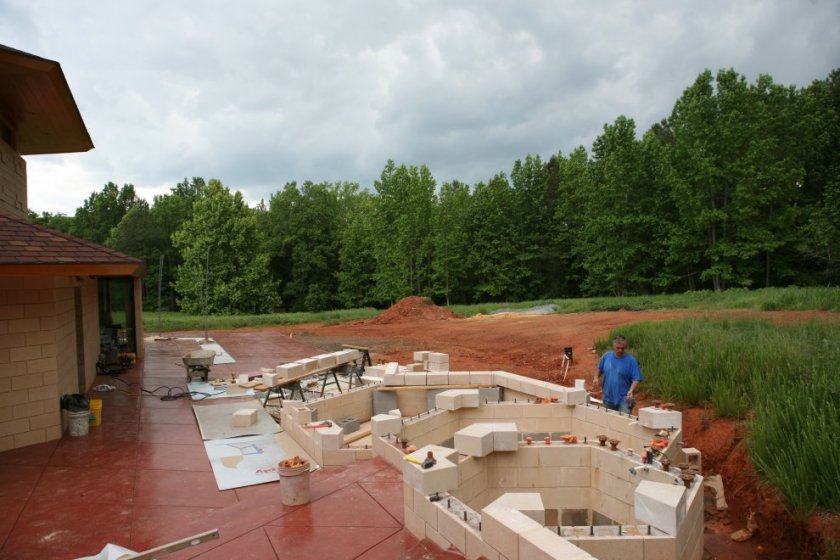 The extra width (compared to the 8″ standard) is so they are more comfortable to sit on.  Each one is drilled so that it can be dowelled in place:

Work on the Annex has also picked up again.  The front wall is stuffed with insulation fill to make it a good bass trap:

There’s a lot of cubic feet of fill, not only in the front wall below the soffits, but in the complex nook above, as well as along the back wall: 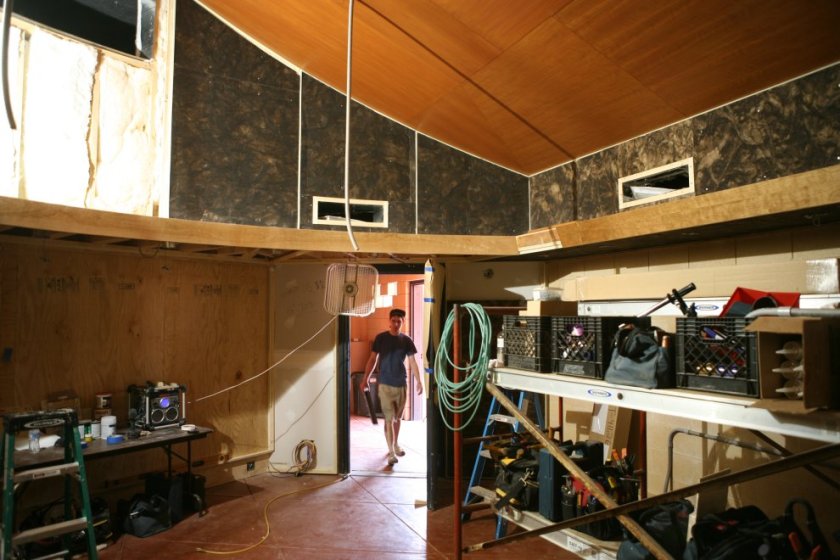 Also shown above, though difficult to see, is the conical fascia.  Next week might be a good one for some more photos of that beautiful detail.

There’s still a lot of landscaping to do, but we’ve made a start! 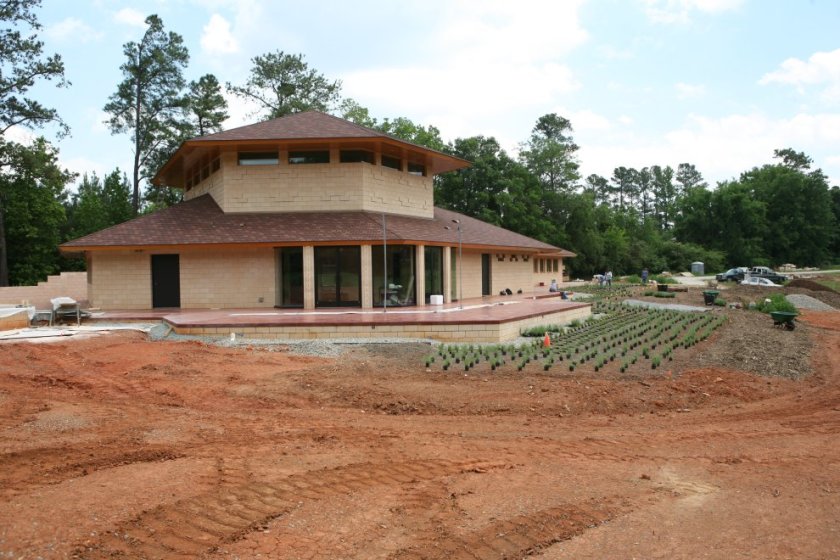