In the past few weeks we’ve been making a lot of visible vertical progress, which has been exciting to watch.  This week began with a major grouting effort that consumed all of Monday and half of Tuesday.  And it was totally invisible.  I forgot to ask just how deep the grout had to be poured into the cores of the outer wythe, but let’s put it this way: it was at least one bucket of grout going into each core of the South Wall.  Here the buckets are being moved up to 18′ in preparation for the pouring: 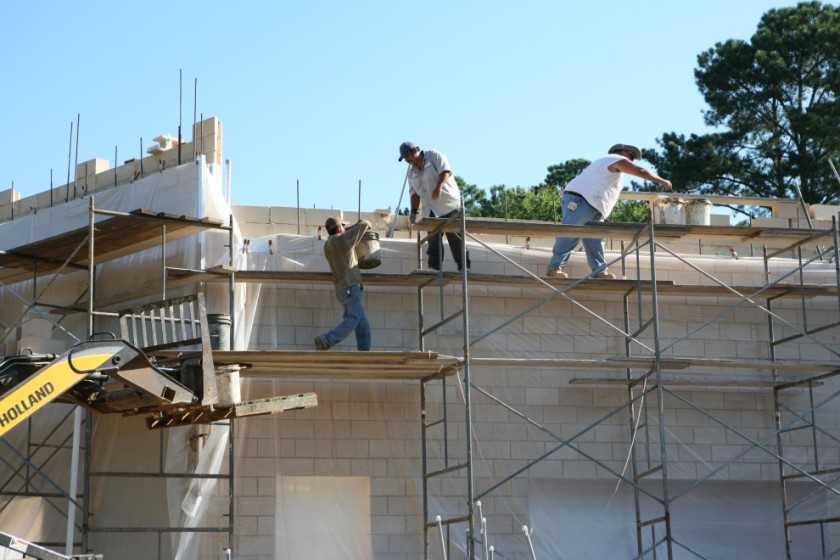 As quickly as those buckets are being shifted from the lift to the scaffold, another crew is preparing a new load of grout: 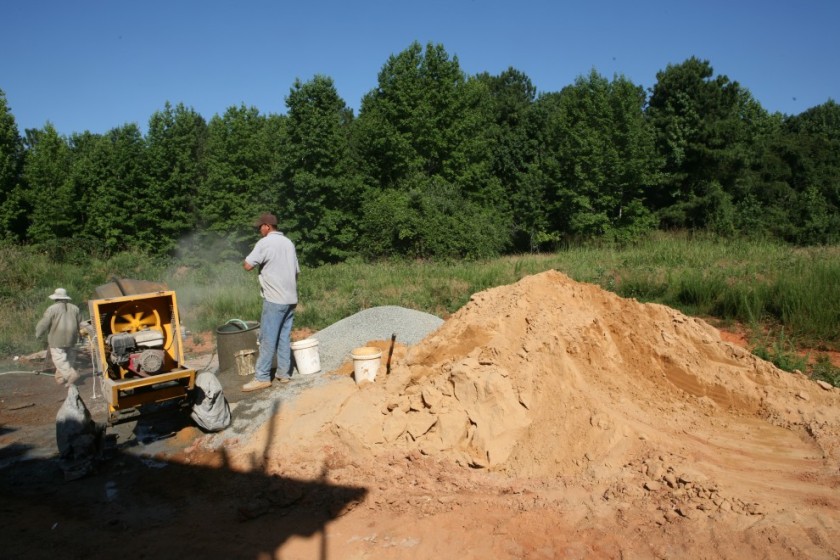 And then up it goes again: 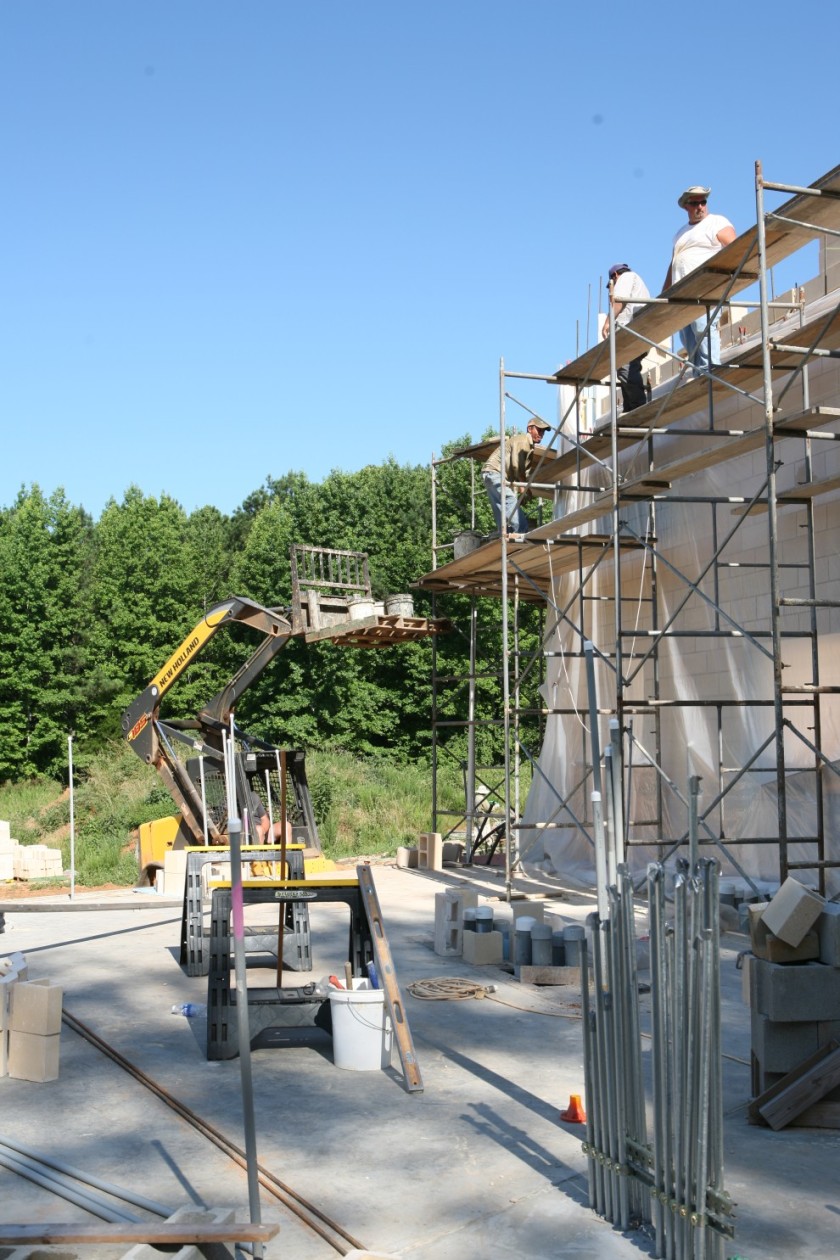 The forklift is just moving back and forth, and as quickly as it can be loaded, the grout is poured and the empty buckets sent back down.  The South wall is 27 blocks wide, meaning there are 54 cores to fill.  Assuming each bucket fills each core exactly, and each bucket is five gallons, 80% full, the combined weight of those 80 pound buckets is more than two tons.  And those two tons are being lifted up to 18 feet.  According to the laws of physics, work equals force times displacement, so lifting two tons 18 feet is the same as lifting 18 tons up two feet.  That’s a lot of work!  Just thinking about it makes me hungry… 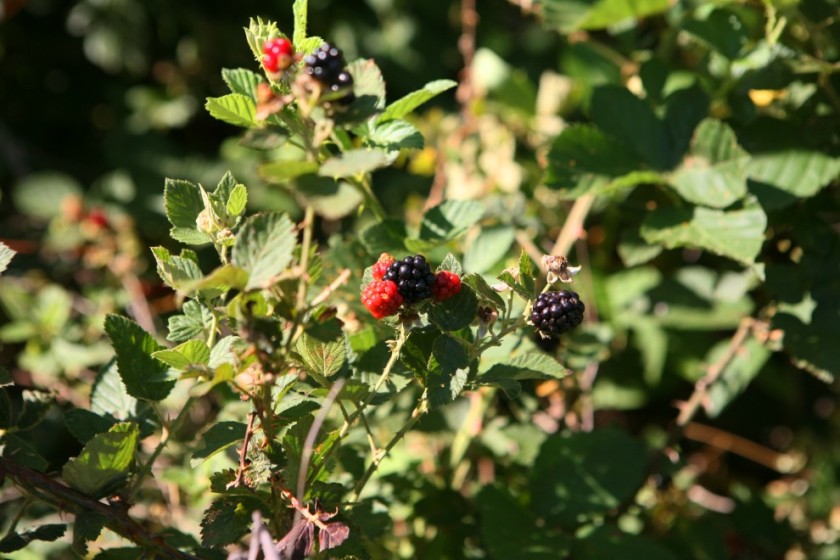 Yum!  The blackberries are starting to come out.  Best to eat them before the critters do.

The carpenters finished their work this week, building the frames that will define the windows when we get to the final bond beams of the Music Room.  Here’s their finished work (one pair of frames for each window): 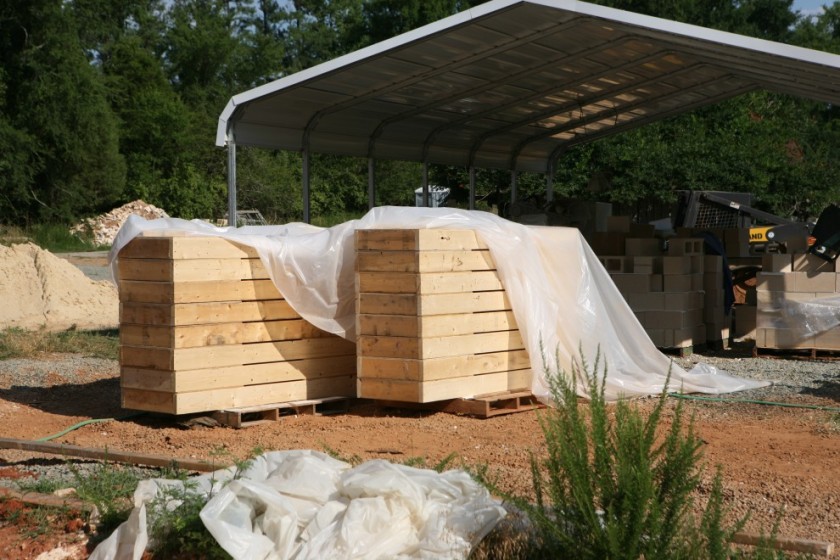 After the grouting, another two tons of blocks make their way into the wall, bringing us to the 27th course: 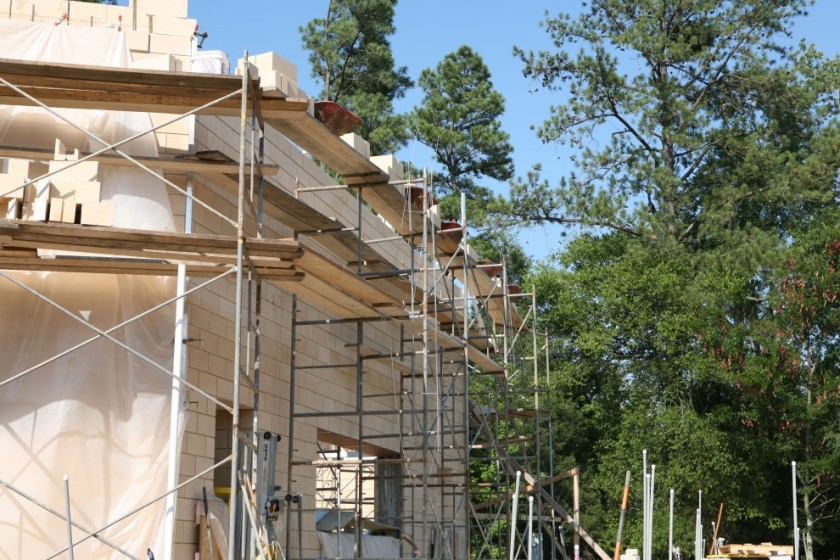 Here’s another perspective of the 27th course, where you can see just how much the building is going up and the mortar sand pile is going down: 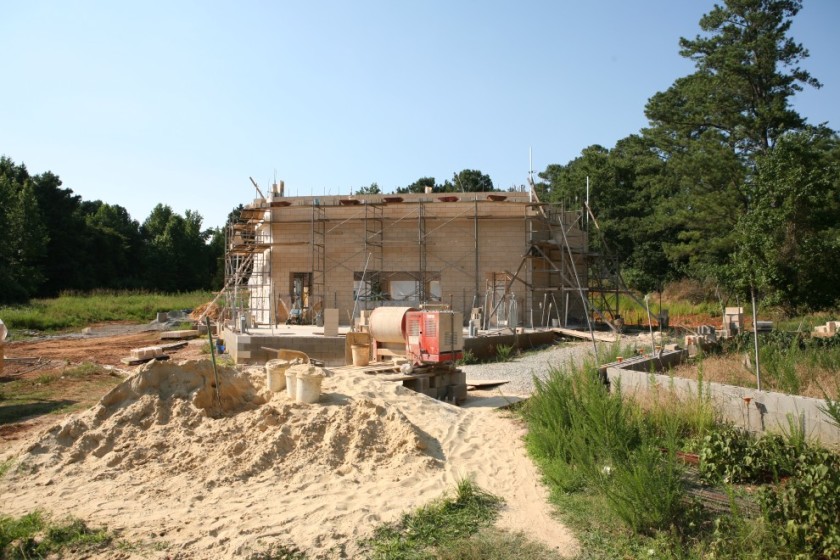 Two more courses are added to the South inner wythe, completing the diffusor pattern for that wall:

Two days later, another two course go up on the South wall, and four courses on the East wall facing the camera: 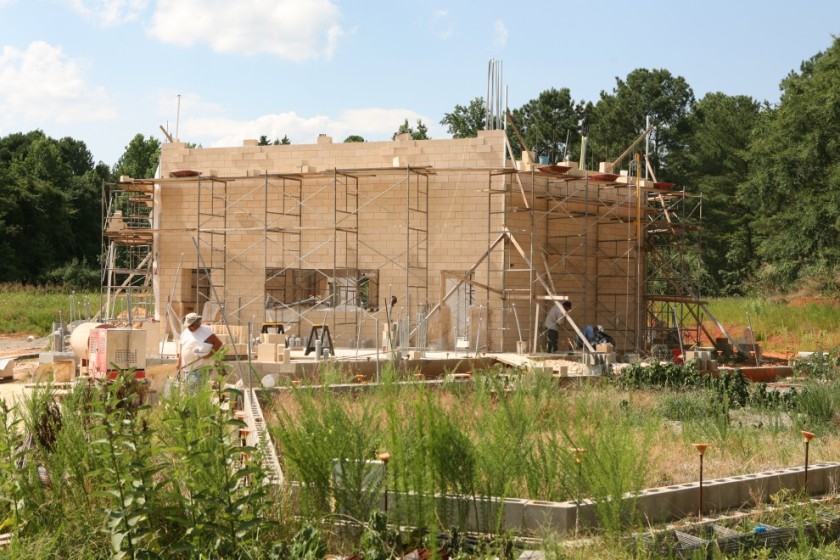 At this rate we’re still averaging about two tons of blocks laid up per day, which is pretty good considering that we’re down one mason.  But he had a good excuse: his wife gave birth to their second child, and now he’s a proud papa all over again.  Congratulations!

Here’s a view of the lower East accent blocks: 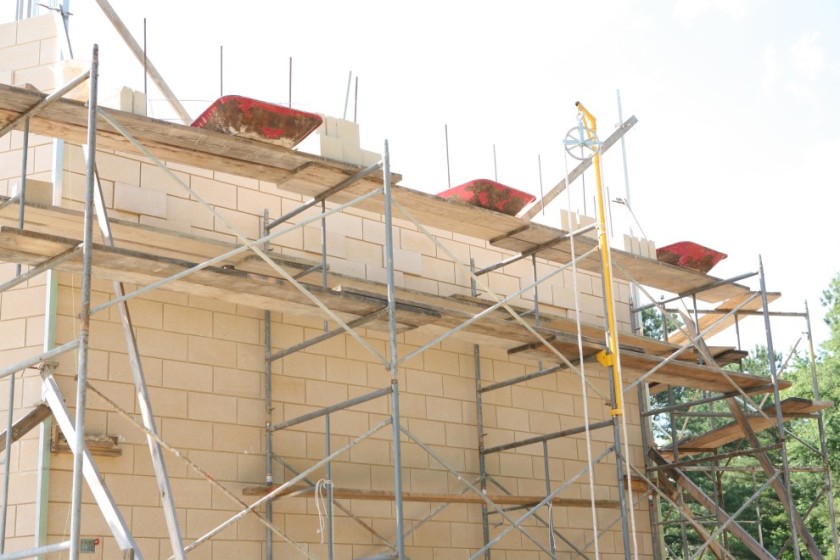 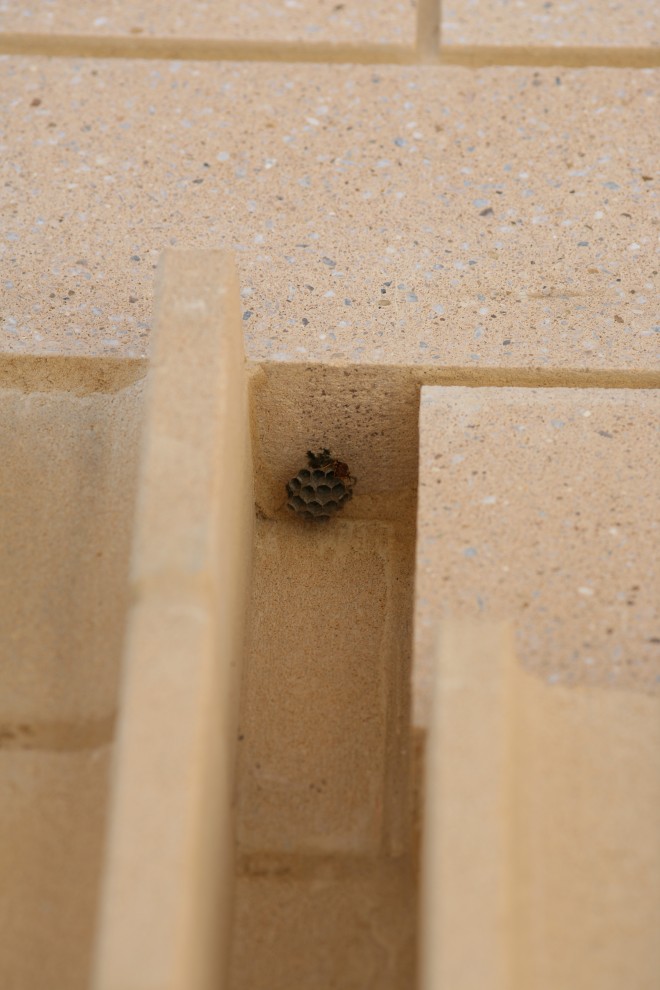 Overall, a lot of good weather and a lot of good progress.  The weather looks a bit dicier for next week, but hopefully the isolated thunderstorms in the forecast will be few, far-between, and most importantly, after quitting time.