This week was one of heavy anticipation.  With the East and West walls now at the 16th course, the masons are turning their attention to the North wall.  It’s an exciting change because two courses on the East Wall takes about 120 blocks, whereas two courses on the North Wall takes only 24…at least until the 12th course.  How much faster this wall might come up?

One of the building’s shear walls is part of the North wall.  To build the shear wall, a form is made from blocks that have a face removed.  This allows the cement to flow between the block cavities and the rebar matrix, creating a solid block of reinforced concrete 4′ wide and 16″ thick.  Here are the blocks that will be forming the shear wall: 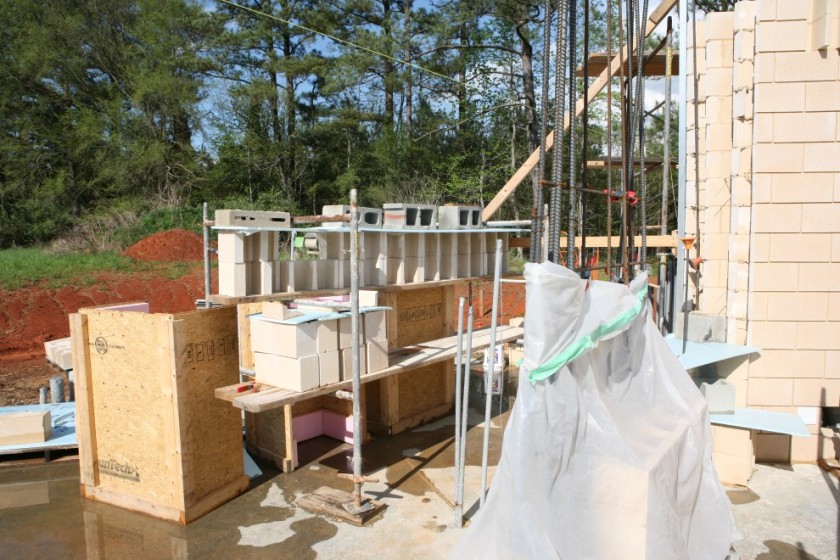 And the faces that were removed:

No sooner had I predicted that the North Wall would receive all the attention, then I discover that the masons are bringing the East wall up another two courses to a full 12′.  They have also replaced the short storey poles with new poles that reach the full 24′ building height.  With the new poles in place, it’s clear that we still have a lot of blocks to lay up: 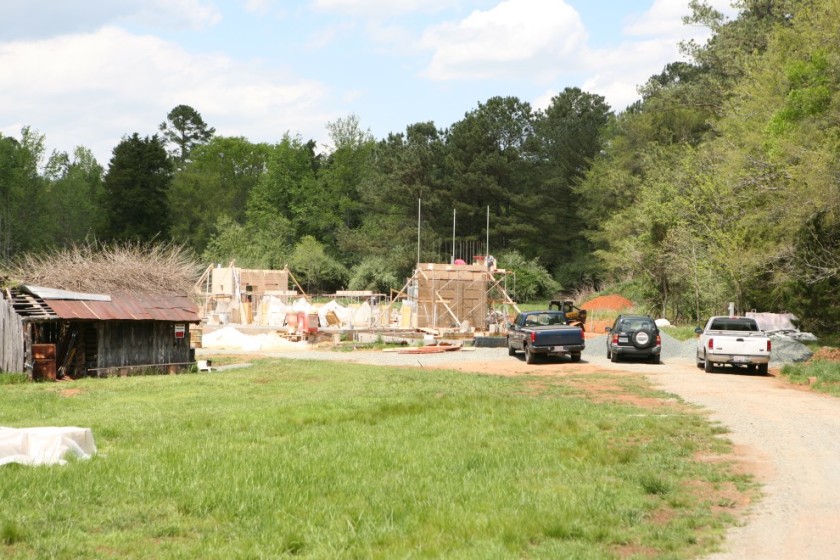 Now here’s a beautiful sight, the shear wall up to the 6th course: 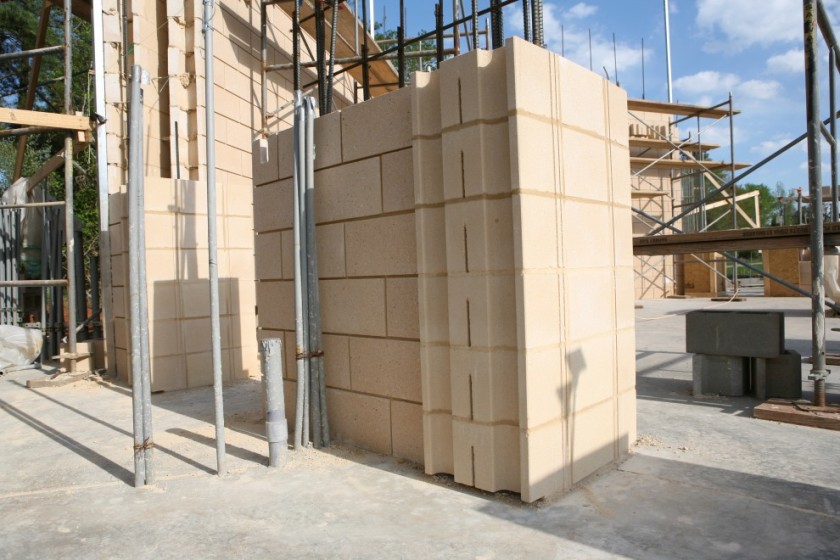 And other columns up to the 6th course: 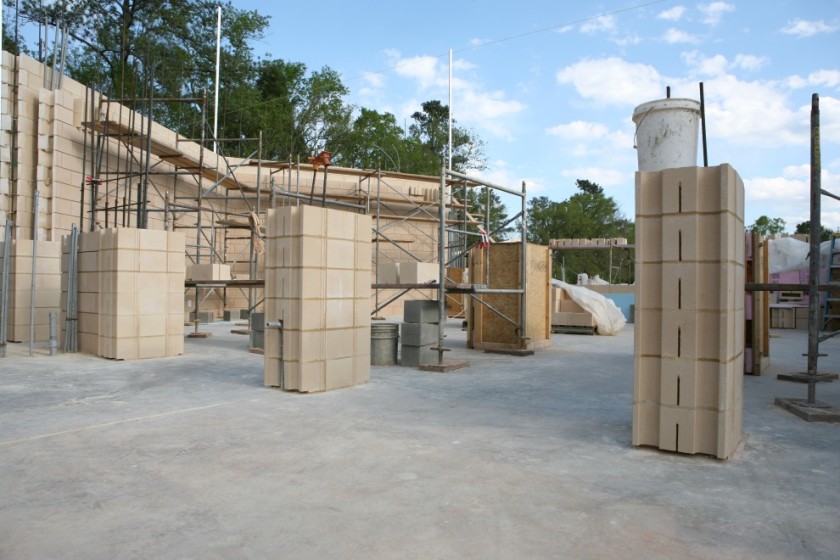 The shear wall ready to be grouted: 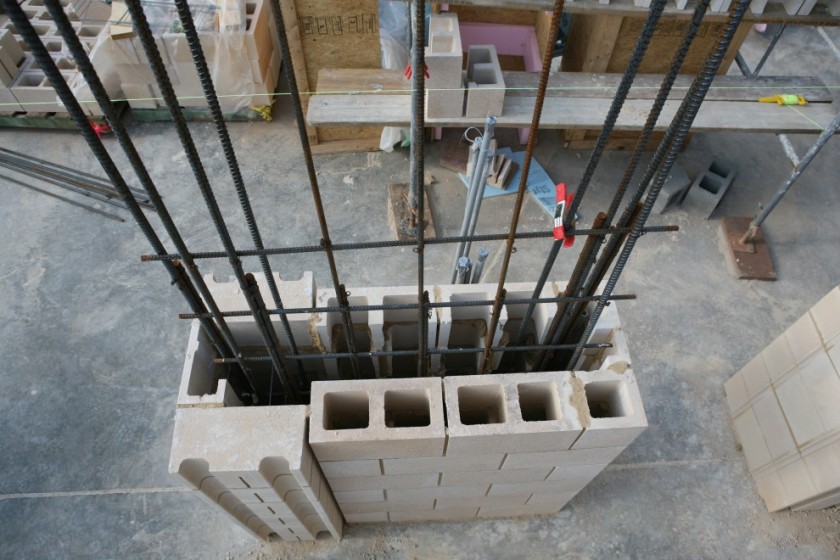 And the column in the corner, equally empty and waiting to be grouted: 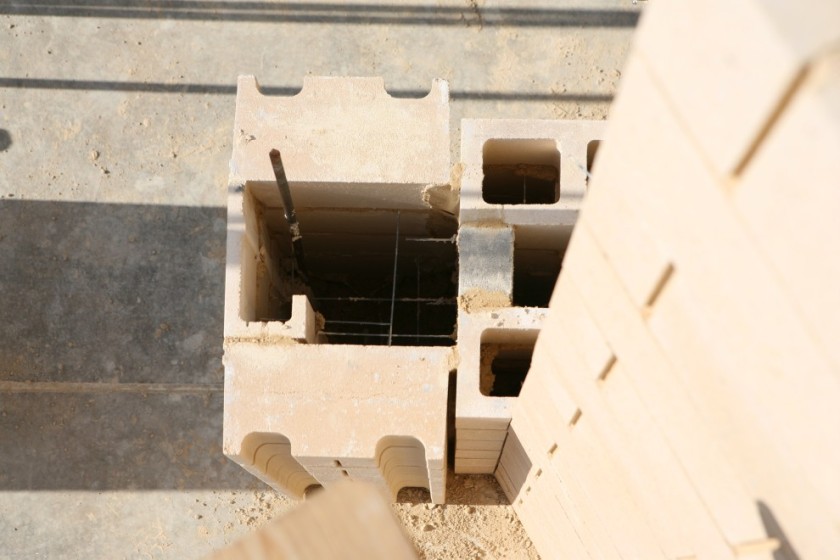 Finally, here’s what the wall looks like when illuminated indirectly (as they will be when the roof is on and our 360° daylighting is in effect): 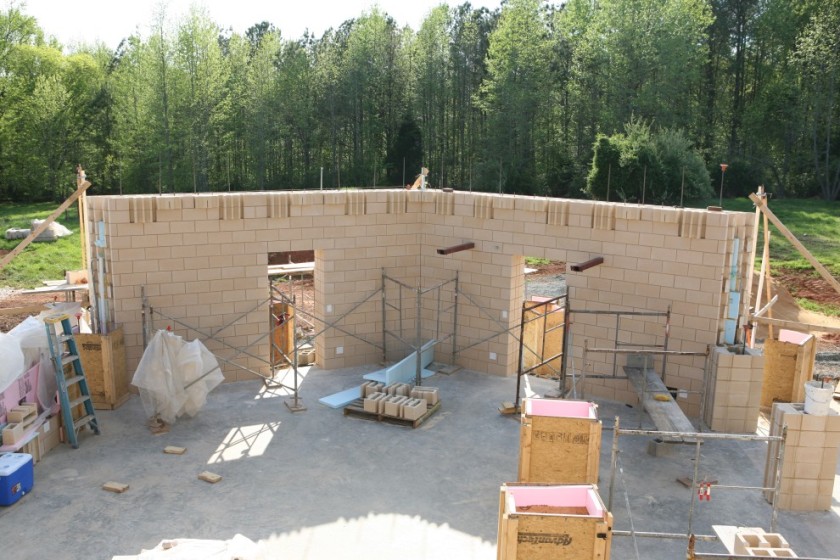 The following photos show the progress made by the end of the week.  First, we see how much the grout pile has been reduced after grouting all these columns and the shear wall: 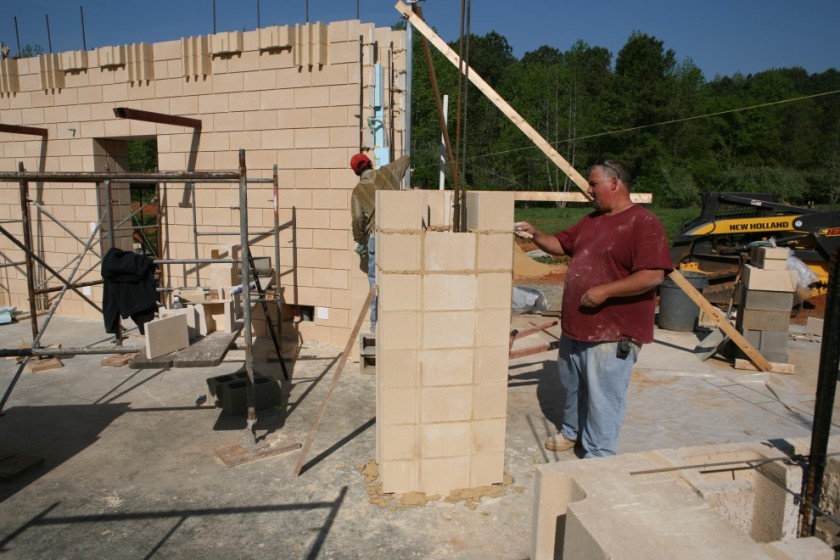 The columns up to course 10:

Here’s a final overview picture taken in the glow of the morning sun:

It’s pretty obvious that as much block as has been laid, there’s tons more to do.

One thought on “Week 68 (Raising the North Wall)”