As reported a few weeks ago, various parts of the construction process are starting to interact and interlock with one another.  This week the major interaction was between the two wythes of the Western Music Room wall and the door frames therein.  The shop diagrams I delivered way back in 2008 showed every block of the inner and outer wythes of every masonry wall, but nowhere did they detail what happened when the two wythes became connected via a door frame.  This week the masons improvised a masonry solution.  But first things first…the filling of the first bond beams: 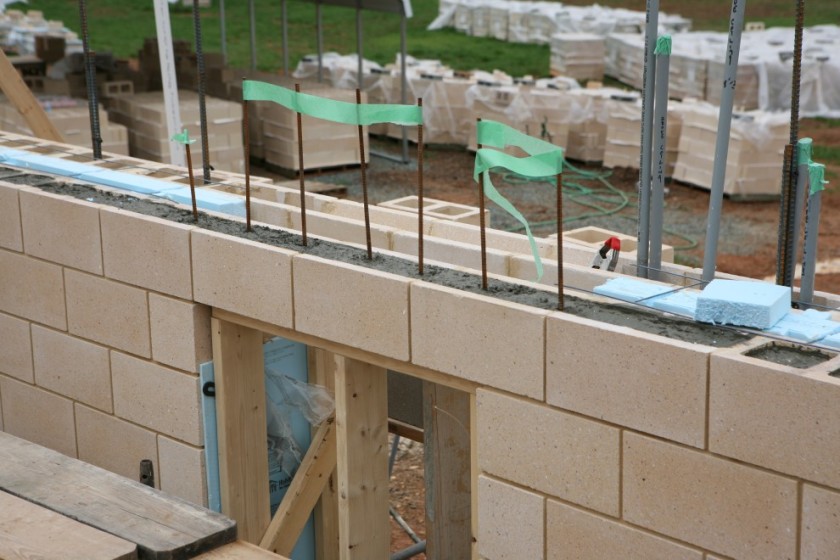 Here you can see the bond beam integrating with the tubular steel that will hold up the western end of the soffit: 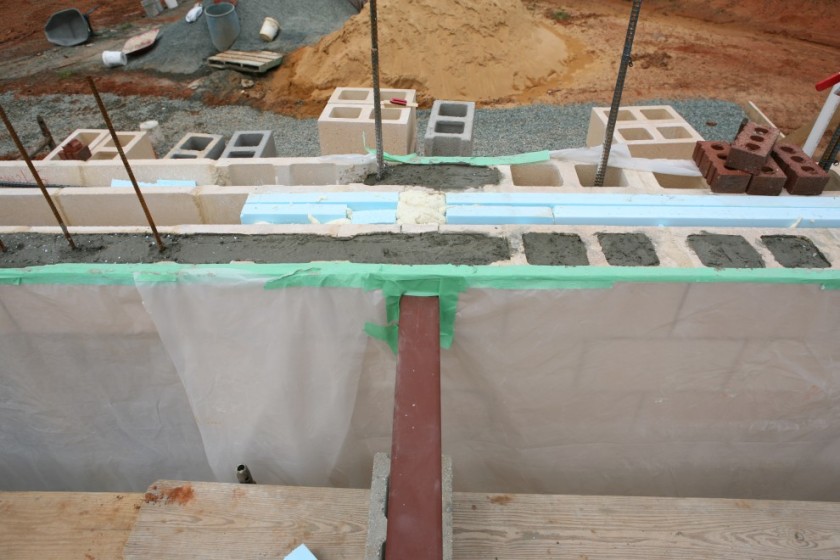 And another view showing the extensive grouting on the inner wythe: 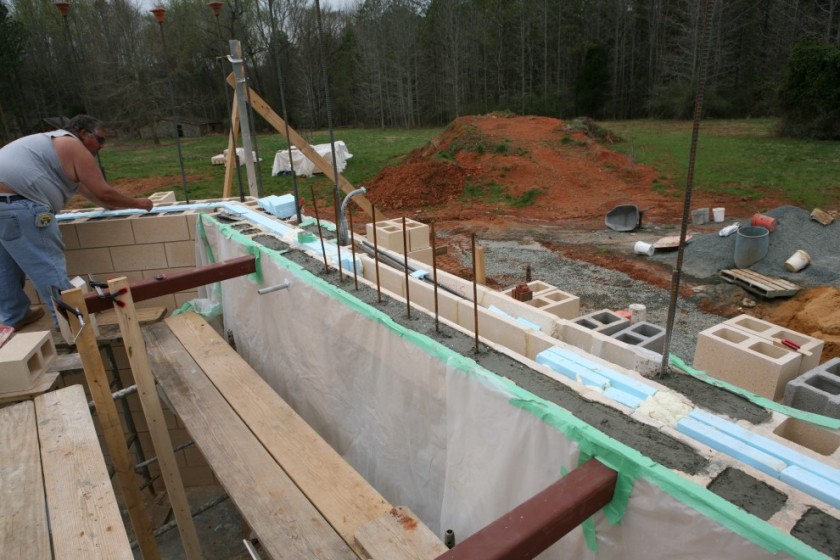 The soffit steel is itself an impressive structural member.  It was custom made to have a flange at 22.5°, an angle found in a 5:12:13 triangle (which is also expressed by the roof slope).  The flange will hold the American cherry fascia when we finish the soffit.  Compared to the soffit example I wrote about recently, this is the real thing: 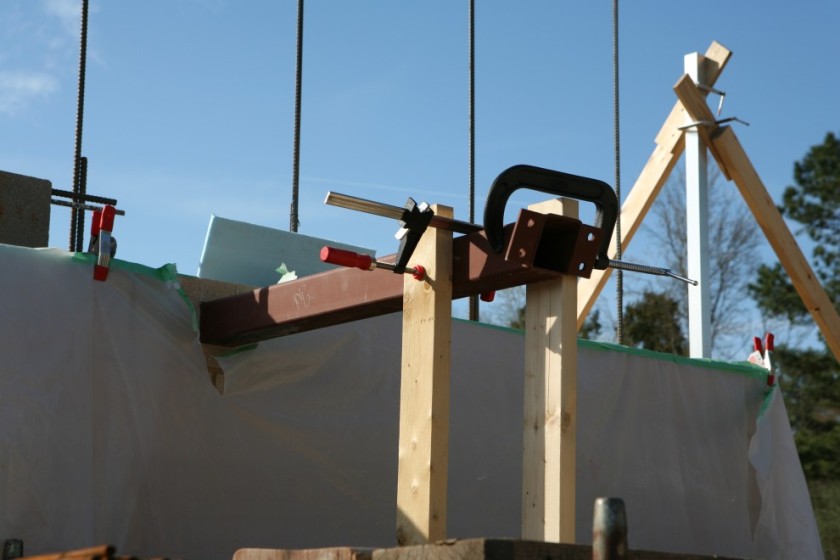 Here’s where things get a little complex…

We want a really strong door frame, we want a really strong connection between the soffit steel and the structure, and we want a full-on masonry frame that connects the outer and inner wythes together.  Well, the masons created what amounts to a 3-dimensional bond beam, in that it carries strength along the wythes, across the wythes, and up-and-down as well.  Here’s a piece you’ll see later put into place: 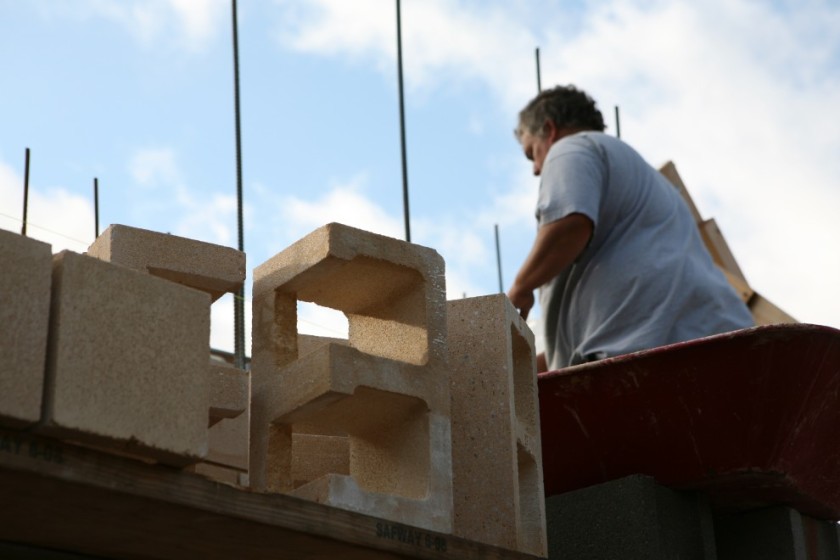 Here’s that block (and like blocks) forming the bond beam matrix: 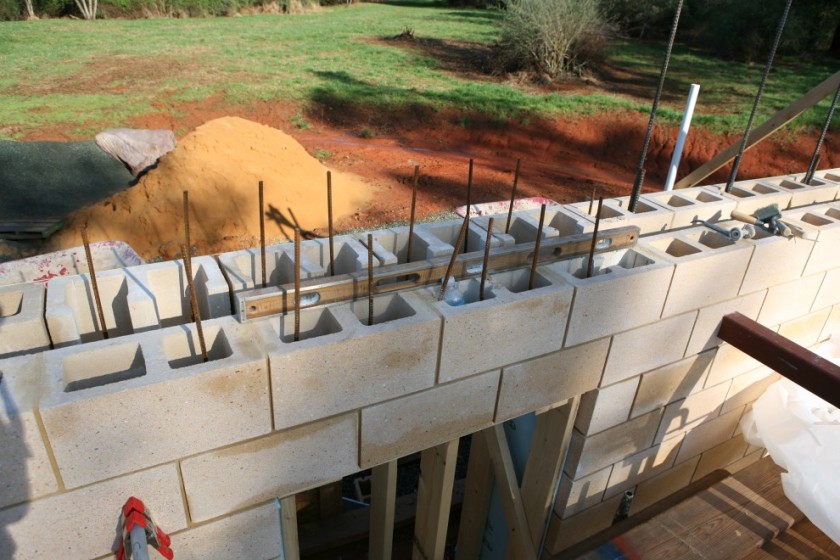 And in detail…you can see that below it (both lower in the picture and lower in 3D space) is a channel that bridges the space between the two primary bond beams.  This third/middle bond beam will run parallel to the wythes, will rise to fill the matrix (going across the wythes) and rise one more course to connect with another pair of conventional bond beams.  Thus it will be several feet long, more than a foot wide, and more than two feet deep! 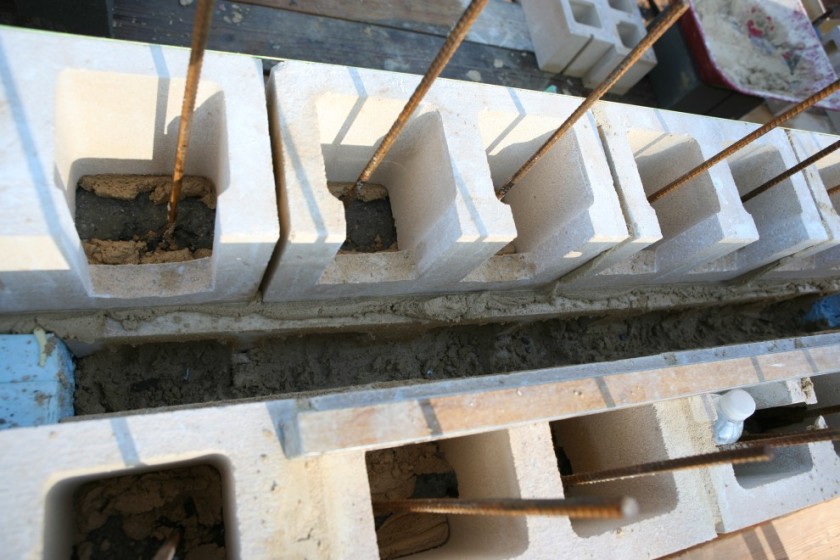 Before it all cures, we need a lot of wood to hold it all up: 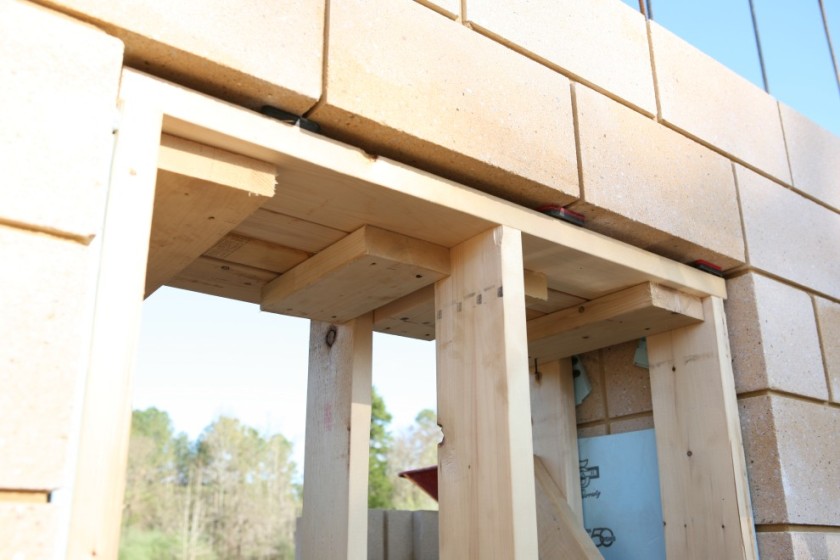 Now with one more course added, you can see the second bond beam on top of the matrix: 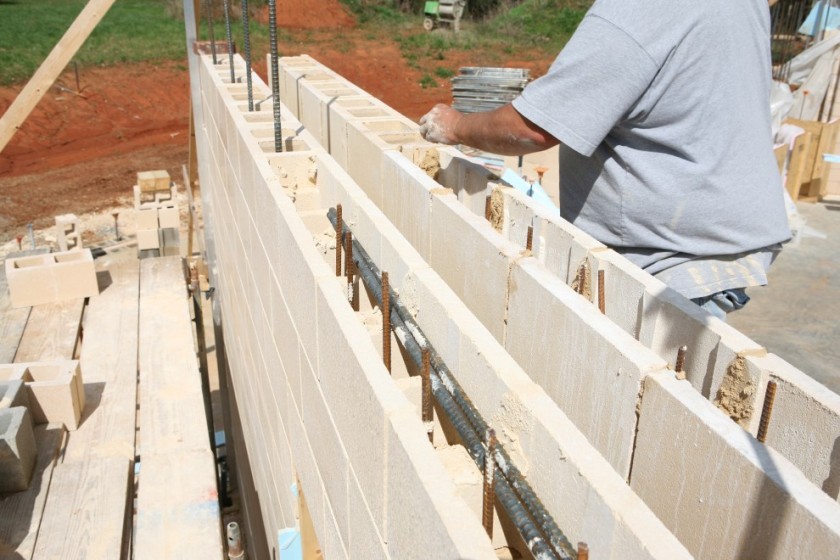 And somewhat of a detail:

These blocks are not yet raked, but you can see that from “inside” you’d never know all this was happening: 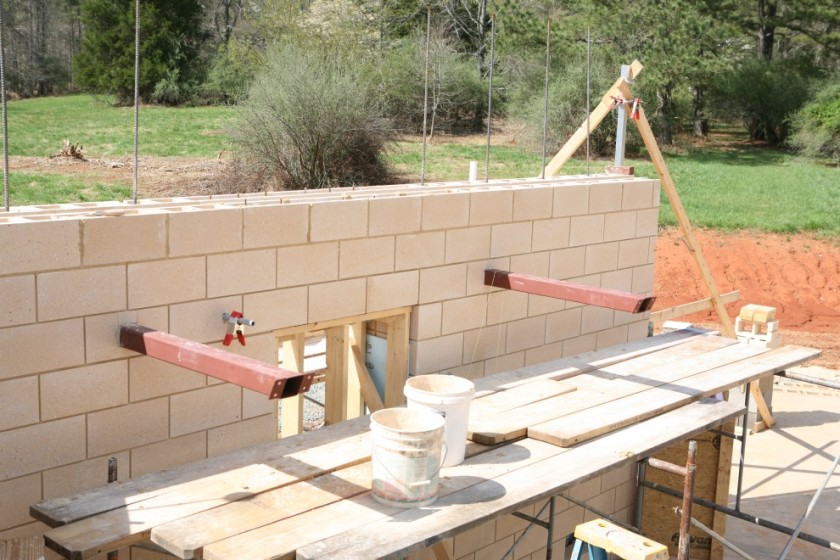 And from “outside”, the overview: 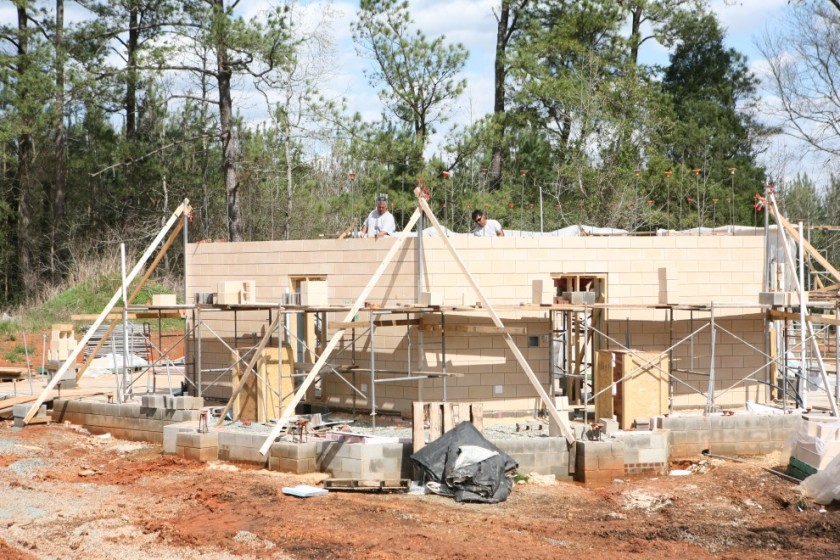 Next week: a whole lot of grouting.  The outer wythe is up 4 courses since it was last grouted, and I understand that the bond beam matrix alone is going to consume 2 wheelbarrows full of grout each, just by themselves.  It will be interesting to see the dent that makes in our sand and gravel piles.  And after grouting, more courses, of course!