For six months I’ve been waiting for the day I could say “we poured the slab”.  Last week, that day finally came.

And I wasn’t there to see it.

It wasn’t as if I wasn’t told what the day would be. It was originally scheduled for Monday, and as had happened so many times before, a last-minute catch had us postponing the pour yet again.  The latest catch was the construction of a wiring trough to organize the cables coming up from the pipes before they head up the console legs to the patchbay.  Here you can see a two-by-four wedged tightly between two pairs of 20A outlets above and the first rank of pipes below: 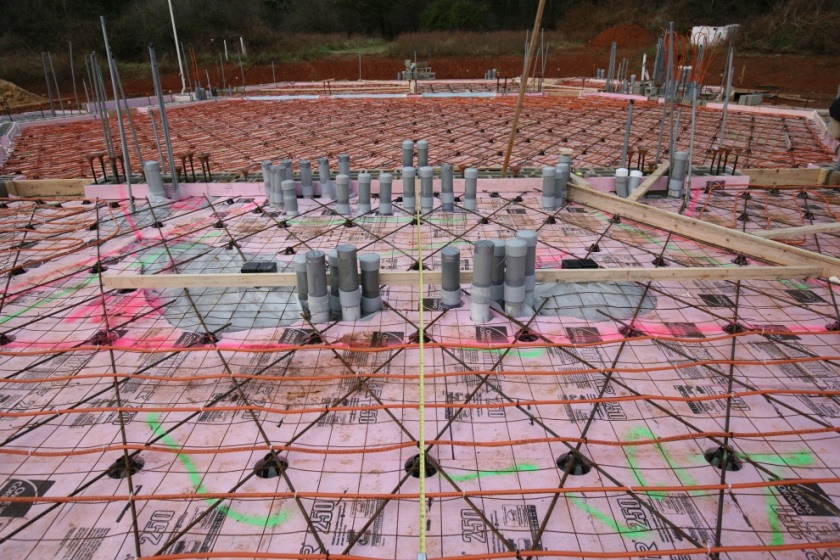 That board is a proxy for what will be the wall that holds back the slab and defines the north edge of the wiring trough.  Because this trough had never been in any of the plans, we had to be really, really sure that we were sizing and placing it correctly.  At this point, every single delay was a direct delay on the pouring of the slab.

To make sure I was counting rebar grids correctly, I took two more photos so that I could ensure that whatever the perspective distortions, the counts were consistent: 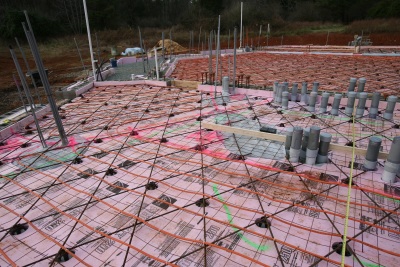 I took all this data and integrated it with my 3D model:

After that checked out, and after measuring another 2-3 times, we gave instructions to build it.  And I didn’t sleep.

When the day came for the slab to be poured, a day delayed so many times for so many reasons, I had it in my mind that it was not going to happen, or it was going to happen later.  There was a light drizzle, really light.  Was the weather enough to delay the pour?  After all, we delayed just last week due to weather, and that gave us the chance to build the trough.  What new excuse would give us yet another chance to correct a mistake?

I called the contractor to ask what the new day would be.  He said “Happened this morning.  I think they’re finishing right now.”  Sure enough:

As you can see, this is just the first pour: 45 yards of concrete, 15 yards to come next week. 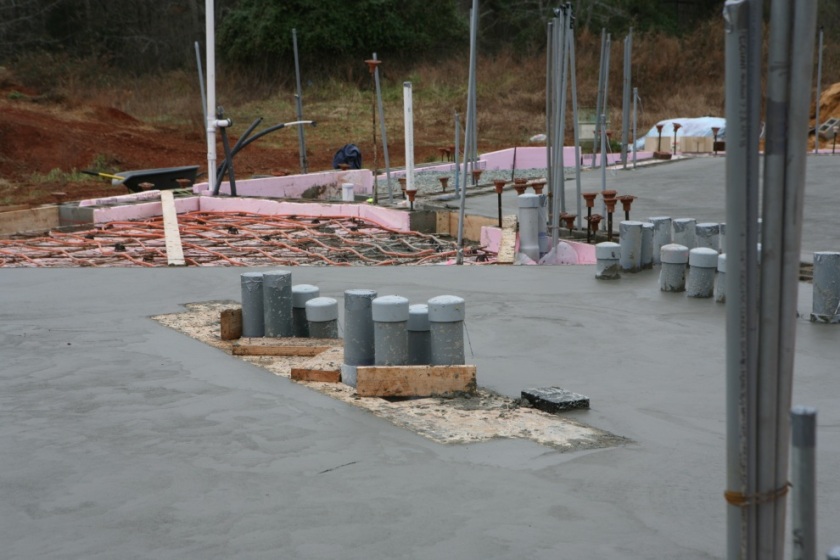 The slab in the Music Room is spec’d to be a “super-level” slab.  (This will allow a broadcast camera to sit on its pedestal and not roll on its own into a low spot in the floor.)  Here the concrete workers are using a Power Trowel to prepare the slab:

A detail shot of the isolated slab.  Above we see finished concrete.  Below, a slab yet to be poured.  Between a form that will be replaced with a mechanically isolating interruption: 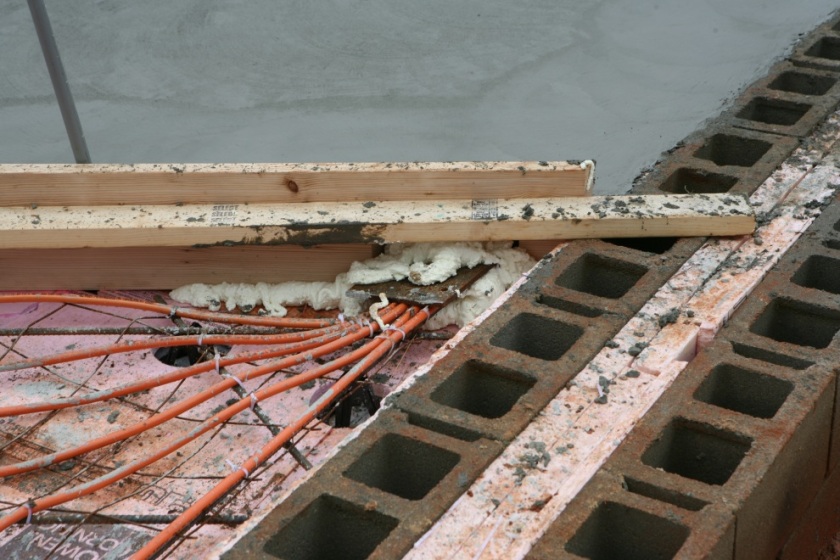 A look back showing the Music Room and Control Room slabs:

Here’s a large-scale overview from the North: