My General Contractor called me this week to tell me that we needed to do a final walk-around this weekend because we’re about to submit for inspections before pouring the slab.  At this point I’ve kinda resigned to the view that “I’ll believe it when I see it”, but there are some last-minute changes that the very interested may wish to see.

As previously explained, we’re going to be using Variac transformers for lighting control.  We had to build quite a compact template to route all of the lighting wires to a single panel.  Here’s are two views–the detail and the context:

There are some other differences I noticed as well.  For one thing, there’s a new green marking that must mean something:

And some changes that needed to be made to accommodate the complex construction of the RPG walls.  Since the conduits for the original locations had already been locked in cement, we decided it would be easier to move the conduit to the adjacent cells.

And there’s yet more conduit ready to be installed: 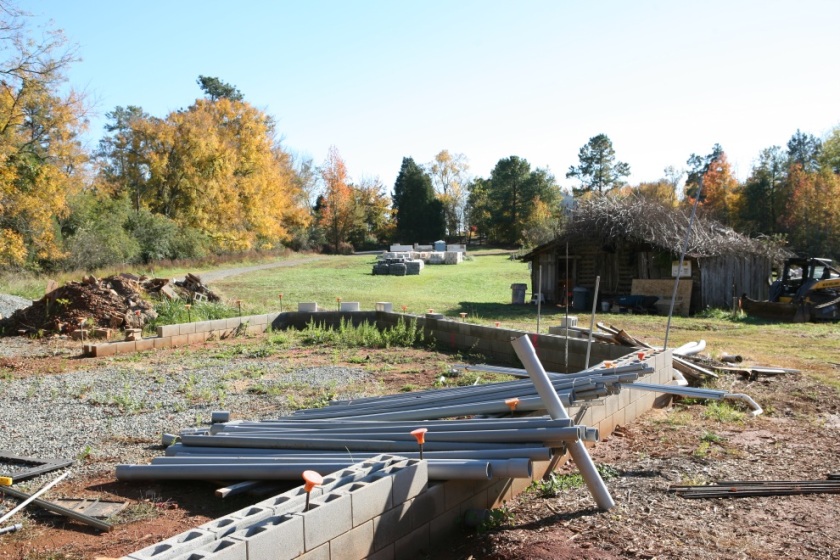 But let’s not end on that note.  Instead, let’s see some of the pretty colors that fall has brought to Pittsboro at the site: 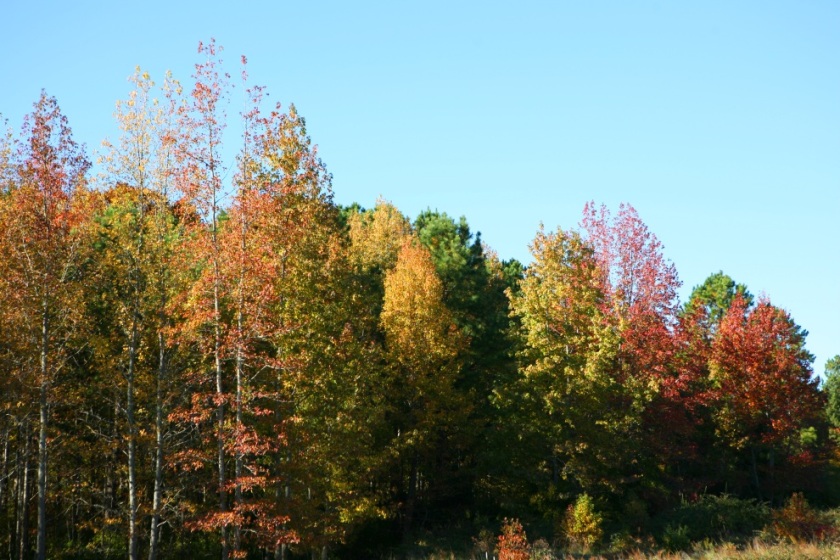