After more than a year of planning, pleading, plotting, and praying, actual construction has begun! Here a photos showing the land just before and just after the first actual site work.

Let’s start the tour! These first two views are taken from near our lily pond (actually a rain garden that saves roof runoff). The first picture shows what it looks like in early summer, the second shows the disturbed area now under construction: 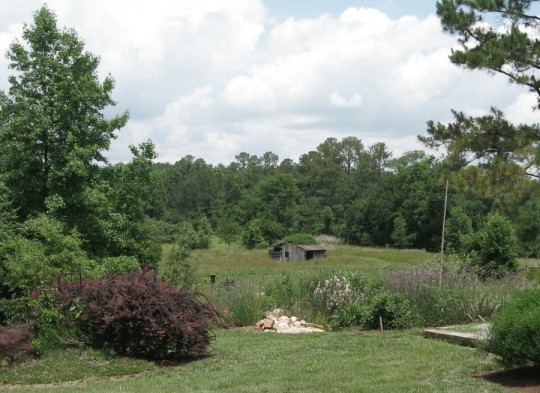 Next, we’ll see the before and after photos of the driveway:

Follow the driveway to the construction site, look back at the house, and the before and after look like this:

Now it’s time to introduce the main actor in the show so far, the bulldozer: 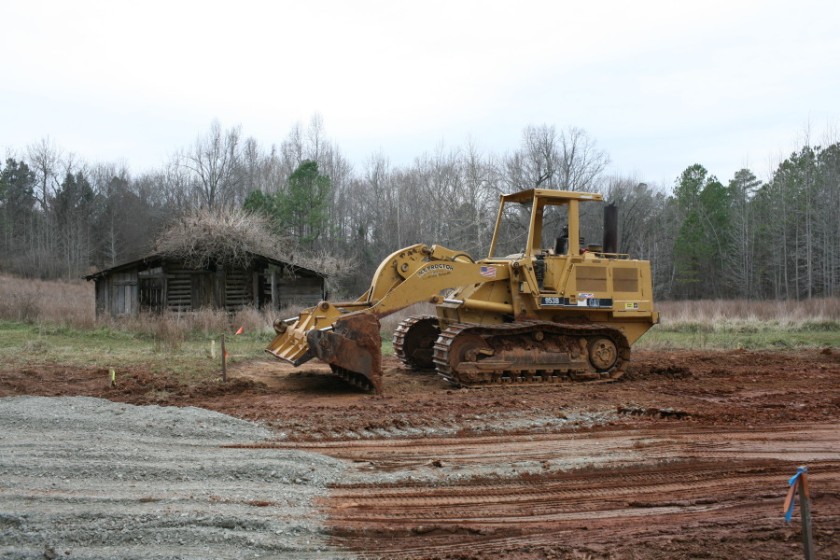 See all that beautiful red Carolina clay? That’s what the folks in the construction business call “good dirt”. Having seen another construction project two years ago where half the dirt was “bad dirt”, I’m delighted we’ve seen none of that. (The remedy for bad dirt is to haul it all out and replace it with good dirt, a time-consuming and expensive process.)

Thanks to the first week of bulldozing, you can see that we now have a nicely prepared area of approximately 10,000 sq ft (~1000 sq m) that will ultimately hold a slab that’s 8,700 sq ft plus additional slabs for cooling units (very important!) and power transformers. After careful surveying of the prepared area, we have determined to cut 1.5′ (approx 45 cm) into the ground where the foundation and footings will go down as much as 6′ (1.9m), but not everywhere—the patio does not need a 4′ (1.2m) thick foundation. My rough guess is that this could generate as much as 40,000 cu ft (1200 cu m) of excess dirt. That’s a lot of material!

Here is a view of the site with the western tip of the patio in the foreground looking east: 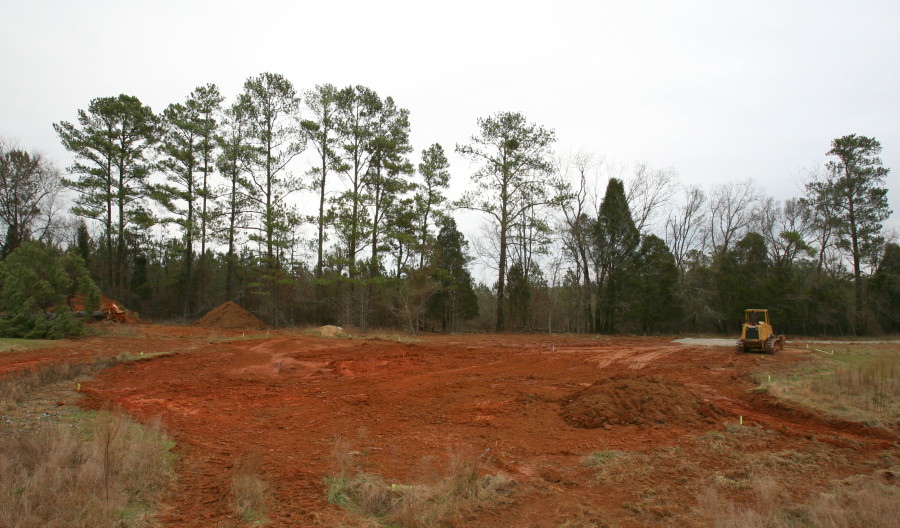 And here is a view of the site with what will be the three isolation booths in the foreground, looking south: 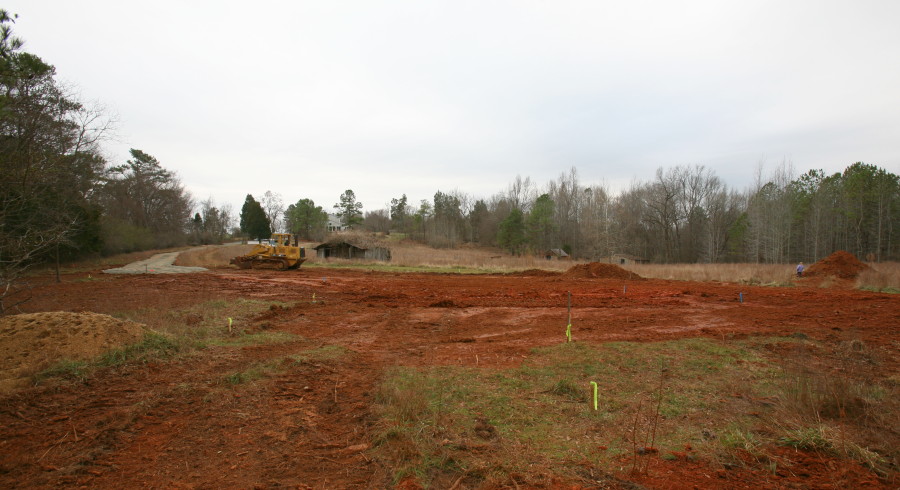 We’ll see how far down the bulldozer (and other equipment) can dig next week!